Dancing with Daddy by Susan Hawke

I love my daughter, but finding out she wasn’t biologically mine is the best news ever.I’m a widower who is too scared to have the stupid test that would tell me whether or not I even have the gene that would mean dealing with a horrible illness and certain death. A gene that could’ve also been passed to my child, had she been mine.She’ll need her father, if something ever does happen to me…That’s why I search for Maddie’s biological father, and when I find him, ask him to become part of her life.What I didn’t expect is for him to become my best friend. Shane is fun and easygoing, the exact opposite of me. He makes me laugh. He’s the perfect antidote for my neurotic existence. And he’s bi, like me.But am I courageous enough to take the leap into falling in love with him?Dancing with Daddy is a super sweet, full-length, standalone, feel good mm romance. There’s no angst, just two very opposite men who befriend each other super fast then slowly find their way to love…all while parenting the precocious five-year-old who belongs to both of them.

END_OF_DOCUMENT_TOKEN_TO_BE_REPLACED

Add it to Goodreads

Will bookish magic, an adorable dog, and a little assistance from their friends help Brett and Rory realize the world is what you make of it? That a chance at happiness is something to be seized, not tossed aside?

After the death of his partner, Brett Tanner never thought he’d love again. It was too much to ask, or want. Until Rory stumbles into his bookstore, one evening, awakening his heart.

But, is it too much? Is he betraying his first love by finding himself attracted to the sexy, but socially awkward, younger man?

Love: Limited Edition is the first in the Home in Hollyridge series. It’s a dual POV about a younger man trying to find his way and an older widower who needs to start living his life again.

Note: A short LGBT listen. Originally published in the anthology Between the Covers.

END_OF_DOCUMENT_TOKEN_TO_BE_REPLACED 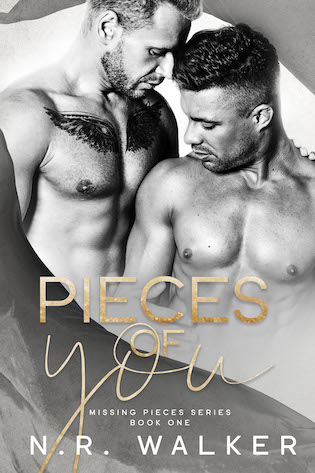 Dallas Muller has everything he never expected he’d have. He owns a successful motorbike mechanic shop in Newcastle, and he’s madly in love with his boyfriend of four years, Justin Keith.

Justin has always struggled to find where he fit in, never realising his true worth or what it means to be loved—until he met Dallas. Living and working together might be too much for some, but Dallas and Justin wouldn’t have it any other way.

When a terrible accident tears their world apart, Justin’s left with no memory of Dallas or their relationship. Trying to put the pieces back together is almost impossible when some pieces are blank and some are missing altogether. Dallas has to let Justin find his own way back to him and just hope that their love will light the way.

Title: Out in Spring

Series: Out in College, Book 6

The jock, the nerd, and a little spring fever…

I don’t understand hockey at all. Or any sport. Attending a team party with my best friend might be a mistake. As an out and proud geek, I admit that hanging out with a bunch of jocks and their admirers isn’t my idea of fun, but getting kidnapped by a sexy hockey player who claims to have a crush on me is definitely a highlight. And finding out that Logan St. James is bisexual makes everything more interesting.

Keeping my big bi secret hasn’t been easy. I have a couple of months of college left and one more game to play. I’m determined to make the most of it and spend as much time as possible with the sexy guy I’ve had a crush on since freshman year. I don’t want this to be over. There must be a way to come out in spring.

Out in Spring is a low-angst MM, bisexual awakening staring a hunky hockey player, a sweet-natured geek, and a little college fun. This story is part of the Out in College series, but each book can be read as a stand-alone. END_OF_DOCUMENT_TOKEN_TO_BE_REPLACED

Niall’s known nothing but betrayal. All Mat wants is Niall’s heart; what will it take for him to coax Niall in from the cold?

Mat’s connection with Niall is tenuous. One step forward, two steps back. Since that night on the beach Niall’s been avoiding Mat like a bad case of the flu–which, ironically, most of his deputies have come down with. What will it take for Niall to believe Mat wants him for who he is?

Will a killer destroy everything before Niall realizes they are stronger together than apart?

Long Shadow is a dual POV about a broody introvert and a somewhat patient Sheriff. Mat will have to prove to Niall he’s the man for him. The Hamarsson and Dempsey series follows the same couple as they find their way to their happily ever after. END_OF_DOCUMENT_TOKEN_TO_BE_REPLACED

A mystery whodunit with a romantic will-they-or-won’t-they.

To catch a killer, a special agent and his former student will need to get close—to their target, and each other.

When the serial killer known as Dr. Fear seemingly reemerges after a cooling-off period, Special Agent Lincoln Monroe wants on the case. He knows his research on the calculating criminal, who targets couples and uses their worst fears to kill them, could prove invaluable. But nothing can prepare Lincoln for the agent waiting for him in Apex, Virginia: a brash and cocky former student. Carter Warren is everything Lincoln is not, and somehow everything he wants. And they’ll be going undercover. As newlyweds.

For Carter, seeing Lincoln again—and flustered to boot—pokes his raging bear of a crush something fierce. He thinks posing as lovers will provide the perfect bait for Dr. Fear. But pretending to be married forces them to confront fears of their own…like giving in to the very real chemistry between them.

With evidence pointing to the possibility of a copycat killer, Lincoln and Carter will have to race to separate truth from fiction. But when another couple goes missing, finding the killer will test every ounce of their training, skills and the strength of their bond like never before. END_OF_DOCUMENT_TOKEN_TO_BE_REPLACED

The Play Of His Life by Amy Aislin

The last person Christian wants to run into on a visit home to spend time with his mom over the holidays is his former best friend-turned-lover-turned-ex. But there Riley is, in all his tall, chiseled, blondness. The same guy who walked out on him six years ago, breaking his heart in the process. Who knew he’s still in love with the jerk?

Two years ago, Riley was injured out of the NHL, but he’s got his own bakery now and a quiet life selling quiches and cupcakes to his customers. Then Christian unexpectedly walks back into his life, forcing Riley to question his choices. Especially that one choice he made six years ago that walked him out of Christian’s life. Now if only he had the courage to tell a boy how he really feels about him…