Inside Affair, the first in an all-new contemporary MM series from USA Today bestselling author Ella Frank is available now!

If I had to describe Sean Bailey, it would be: a surly, temperamental pain in my ass. Never in that equation would I ever include the word boyfriend—and not just because he’s straight.

The older brother of my life-long best friend, Sean is a detective for the Chicago PD, and is also known as Detective “Dick” for being…well, a surly, temperamental pain in everyone’s ass. He also happens to be the best they have, which is why I find myself on his doorstep the night my life is threatened by an anonymous stalker.

I only wanted the name of a bodyguard; I didn’t expect for Sean to volunteer for the job. Now, not only do I have a bodyguard, I also have a fake boyfriend.

It must be so hard to be Alexander Thorne, the number one prime-time news anchor in the country, with millions of dollars and a car that costs more than my house. I mean, I’m allowed to give him a hard time about it, but when some creep decides to cross the line and go after him, they’re gonna have to answer to me.

Going undercover has never been an issue in the past, so I don’t see why there’d be a problem now. Xander and I have known each other for years, so this should be a breeze. Except suddenly my stomach’s flipping when he looks my way, and my body comes alive whenever he brushes by me. I know I’m good at my job and playing a character and all, but this is getting out of hand.

I can’t be sure that either of us are playing anymore. END_OF_DOCUMENT_TOKEN_TO_BE_REPLACED

One taste leaves them wanting more…
INGREDIENTS:
Francisco “Frisco” Martinelli. Hot and spicy. Beautiful on the outside, dark and damaged on the inside. Handle with extreme caution.
Salvatore “Torre” Rossi. Sweet with a kick of spice. Gentle at first, can become swiftly and irrevocably addictive to the heart.
A RECIPE FOR ROMANCE
One snobby food critic who doesn’t believe in love
One down-to-earth food blogger who does
Add a touch of suspicious brother
A heaping serving of best friend who’s been waiting for this to happen
Blend with secret identities, past hurts, and judgments.
Stir in equal portions of desperate longing, desire, fear, and snarky humor.
Set over open flame, step back, and wait for sparks to fly.
Serve as is for an explosive love story that will leave you with a full heart and a ridiculously happy smile at the end.

END_OF_DOCUMENT_TOKEN_TO_BE_REPLACED

My new neighbor is a total tool

He hated me from the second he laid eyes on me, and I don’t have the first clue why…

But, if he wants to hate me, I’m happy to give him a few reasons: mowing the lawn at dawn on the weekend, leaving garbage cans in front of his driveway, renting a petting zoo for my backyard…making a list of ways to drive him crazy is half the fun.

He deserves it with the way he’s driving me crazy right back without even trying— walking around without a shirt on, sweaty rippling muscles on full display, well-worn denim jeans perfectly molded to his…well, you get the idea.

My point is, if he wants a war, I’ll give him one.

***Nailed is an enemies to lovers, neighbors who can’t stand each other, omg the anger banging, drool worthy, low angst story, which happens to be the second in my Four Bears Construction Series. It CAN be read as a stand alone. There are NO shifters in this series, only the OTHER kind of bears. 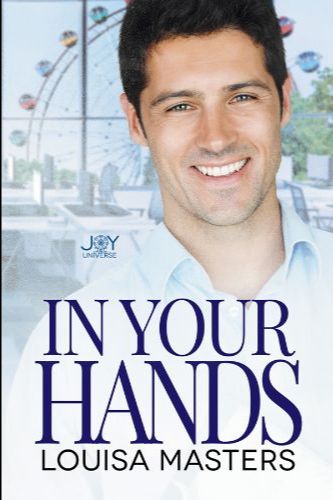 In Your Hands (Joy Universe #3) by Louisa Masters

When Grant Davis stepped into the job of assistant director at Joy Universe, he knew he was taking on a challenge. The AD before him left a mess nobody thought could be cleaned up—but Grant loves nothing more than beating the odds. Over a year later, he’s convinced there’s something hinky going on. The solution: an independent audit. What he doesn’t expect is that the head of the audit team will be his old college crush.

Luke Durrant’s come a long way since he last saw Grant, the man he had a steamy night with back in college. He’s been married, divorced, has a successful career, and is now a parent. But one look at Grant brings all the old feelings crashing back.

With Grant’s job in Luke’s hands, two insecure kids, and a host of nosy coworkers, it seems like professionalism is the only option… but who wants that? Grant and Luke are willing to take the shot for a second chance at happily ever after.

And then Luke’s ex turns up…. 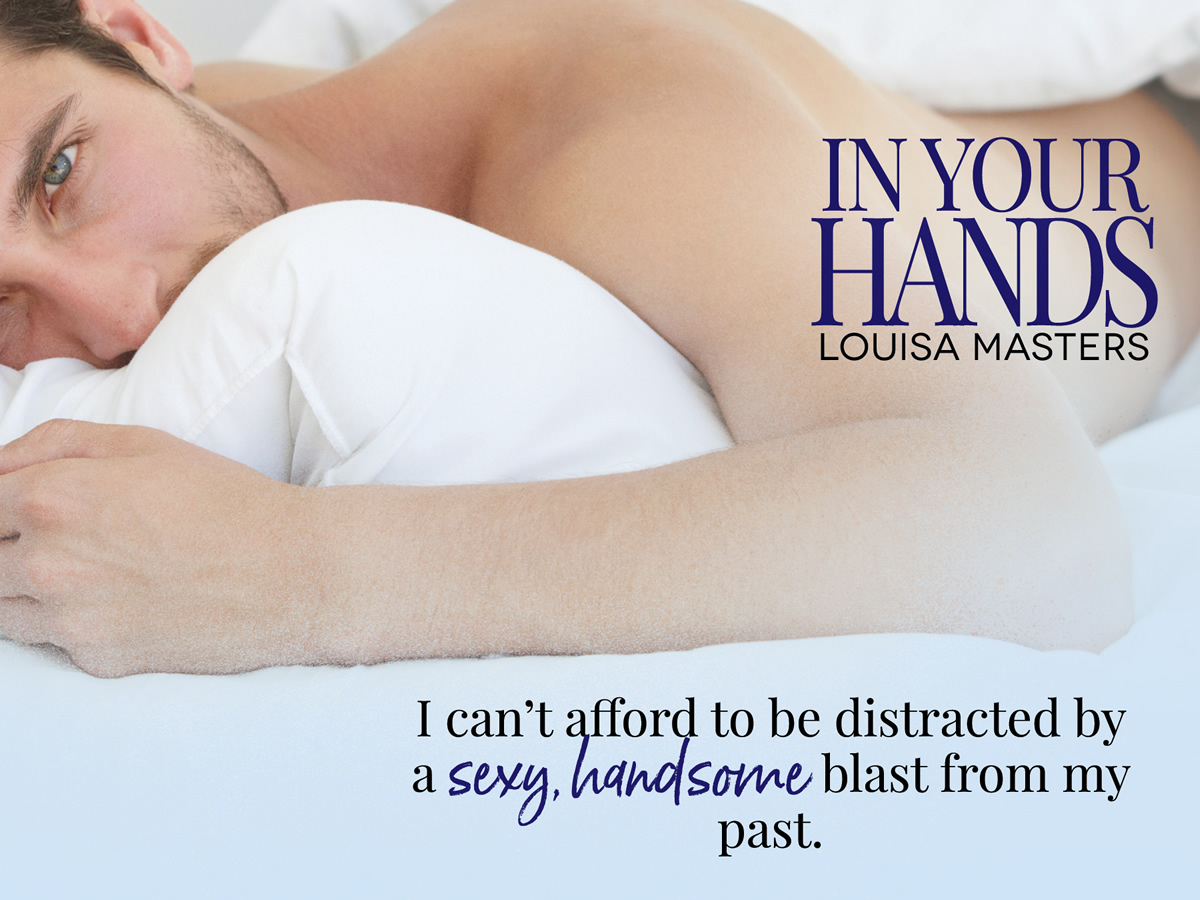 CASSIDY MARTIN is a country boy through and through. He loves his horses, his Lord of the Rings tourist business, and his isolated paradise at the foot of New Zealand’s Southern Alps. Not that everyone appreciates the seclusion he craves. Take his ex-wife for example.

The sexy-as-hell guy on his latest tour might be whip-smart and push all of Cass’s buttons, but he’s about as country as a pair of Louboutins, and Cass has been there and done that.

Broken heart with the T-shirt.

STEFAN HAMILTON doesn’t do ‘outdoorsy’, he’s a city boy, born and bred. The closest Stef gets to the country is ‘Cowboy Night’ at his favourite Auckland gay bar even if the music makes Stef want to rip his hair out by the roots.

But Stef is also a hardcore Lord of the Rings fanboy. So, when he gets the chance to go on a horse trek to the iconic film locations in the Southern Alps, he sucks up his fear of the gigantic animals and his allergy to camping for the chance to let his nerd flag fly. But when his mate pulls out at the last minute, Stef is left to negotiate the horses, the wrath of mother nature, and an inconvenient crush on the cowboy leading the tour.

END_OF_DOCUMENT_TOKEN_TO_BE_REPLACED

His Accidental Daddy by Luna David

With the deck stacked against him from birth, Asher Simmons lives a quiet, simple life. He talks to plants more than he does humans and prefers it that way. Though he’s always felt like something is missing, understanding what that is and how to get it feels like an insurmountable task.

Making a living out of helping others achieve their professional dreams serves to help Thornton Hayes realize his own. He’s also a Daddy, through and through, and Thornton’s one dream of finding a boy who needs a man to take care of his every need is one he’s had no luck of fulfilling.

When a terrible accident brings the two men together, neither of them expect their intense connection. Has Daddy found a little he can pamper, protect, and provide for, or will Asher deny every instinct he has to regress?

Lucien is Out Now!

I never imagined the protector I longed for would be a mob boss who demanded complete control.
I should never have gone to Lucien’s office.
Once I looked into his eyes, I couldn’t leave.
He commanded me to kneel.
Beg.
Obey.
I couldn’t help myself.
One taste, and I craved more.
Lucien vowed to protect me from his enemies…
But who’s going to protect my heart from him?