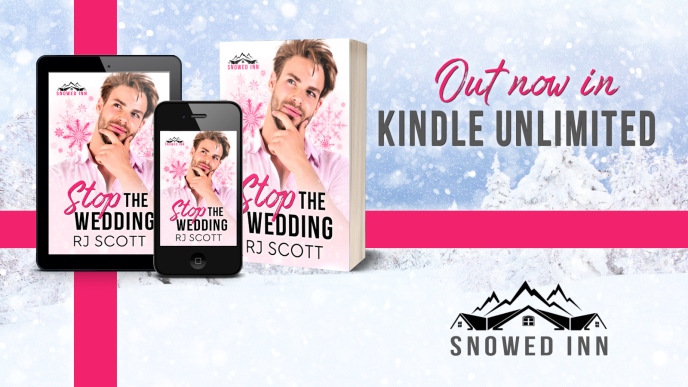 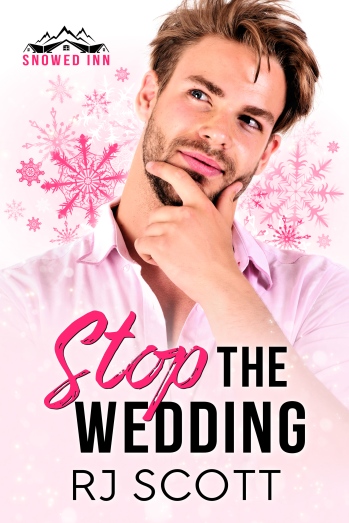 GLBTQ, MM, Trope: Christmas, Second Chances, Best Friends to Lovers
Released KU – 1 November 2022
Publisher: Love Lane Books
Series: Part of the Snowed Inn collection of standalone stories connected by the avalanche
Length: 45,000 words
Cover Design: Meredith Russell
Add to Goodreads: https://www.goodreads.com/book/show/60529655-stop-the-wedding
BookBub: https://www.bookbub.com/books/stop-the-wedding-snowed-inn-book-1-by-rj-scott
All Buy Links can be found here: https://rjscott.co.uk/read-stop_the_wedding
ISBN – 9781785643392
Blurb:
One drunken phone call with a desperate plea for help and an admission of love, and Patrick races to stop his best friend from marrying the wrong man.
Patrick never stopped loving Declan, even if he did shove him away at graduation when they kissed. His alpha-type brothers and father, with all their firefighter history, would never accept him being bi, or understand his need to step outside of the family firm and be a cop. So, he hides how he feels, and ends up losing the only man he’s ever really loved. The only reconciliation they tried was on the night he found out Declan was engaged, and he never imagined he’d have a chance to make things right. That is, until he receives a desperate phone call from Declan asking to be rescued. Through travel chaos and storms, Patrick finally reaches the venue in the Colorado mountains, but with an empty wedding room and no sign of Declan or the fiancé, he knows he’s too late.
All too familiar with rejection, jilted by his fiancé on his wedding day, and lost, Declan has no idea what comes next. He never imagined he’d be entirely alone after his former fiancé and the wedding party leave, or that an avalanche would trap him in the hotel over Christmas. And worse? Patrick is in the hotel with him and won’t leave him alone. Sharing a room with his former best friend is the last thing Declan wants, but maybe nature has given him a sign that he needs to confront the past and find a way to move on with his life. If only it was easy to fall out of love with the man who holds your heart.
All the books in the Snowed Inn collection are standalone stories and can be read in any order.
https://rjscott.co.uk/read-stop_the_wedding 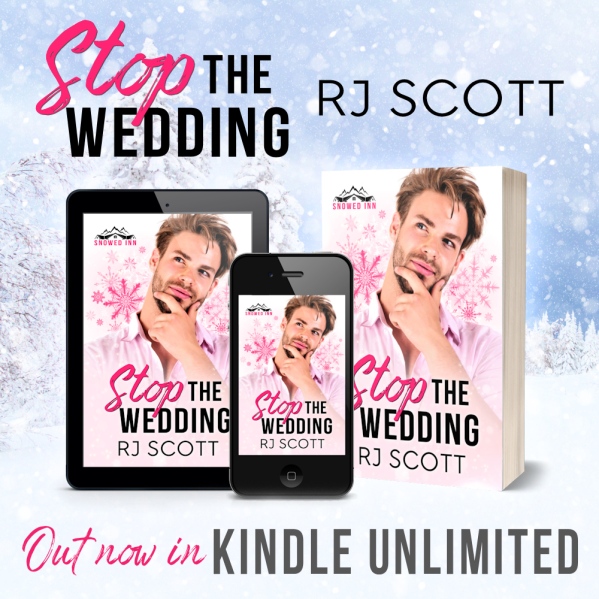 4 Stars
Part of a multiple-author series, all set in a snowed-in hotel; this is a second chance, best friends-to-lovers novella. It has everything you’d hope from this author–a cute couple, lots of feels, and a satisfying HEA.
Declan and Patrick were best friends until the end of college. Then Declan tried for more, but Patrick shut it down, too worried about his family. So Declan is marrying someone else. A drunken phone call wakes Patrick, and he sets off to stop the wedding. Except Declan has been left at the altar. Now Patrick needs to persuade him they can be more.
It takes a while for Declan to let Patrick in enough to allow him to explain his feelings. Patrick obviously loved Declan, and you can’t help rooting for him. Once they do get together, it’s really sweet, and the chemistry pings.
There are glimpses of characters that are obviously going to the MCs of other stories. It works as a stand-alone as they don’t influence this one.
A definite recommendation from me. A perfect pre-Christmas treat.
*Copy provided to Bayou Book Junkie for my reading pleasure. A review wasn’t a requirement.*

Stop the Wedding is a nice, easy-to-read novella that blends a number of tropes, including friends-to-lovers, second-chance romance, and forced proximity. This title definitely trends toward the sweet side, but I think readers looking for a nice holiday romance will enjoy it.

I thought the rekindled friendship that leads to more in Stop the Wedding was handled well. Declan and Patrick are flushed out clearly and their longtime friendship and connection was immediately apparent. Pacing-wise, this was a bit of a mixed bag with some of the moments feeling a bit too drawn out, others where I was left wishing for a bit more development, and then plenty where I simply enjoyed the smooth read.

I love these collections that have a single setting or share a prompt among a variety of authors. Stop the Wedding made for a good start for the Snowed Inn collection, providing an interesting setting and scenario, introducing some characters, and giving some background to hook readers. If you enjoy friends-to-lovers stories and a bit of holiday spirit, Stop the Wedding is worth the read.

RJ Scott, author of M/M romance.
Writing love stories with a happy ever after – cowboys, heroes, family, hockey, single dads, bodyguards
USA Today bestselling author RJ Scott has written over one hundred romance books. Emotional stories of complicated characters, cowboys, single dads, hockey players, millionaires, princes, bodyguards, Navy SEALs, soldiers, doctors, paramedics, firefighters, cops, and the men who get mixed up in their lives, always with a happy ever after.
She lives just outside London and spends every waking minute she isn’t with family either reading or writing. The last time she had a week’s break from writing, she didn’t like it one little bit, and she has yet to meet a box of chocolates she couldn’t defeat.