CRACKS IN THE ICE 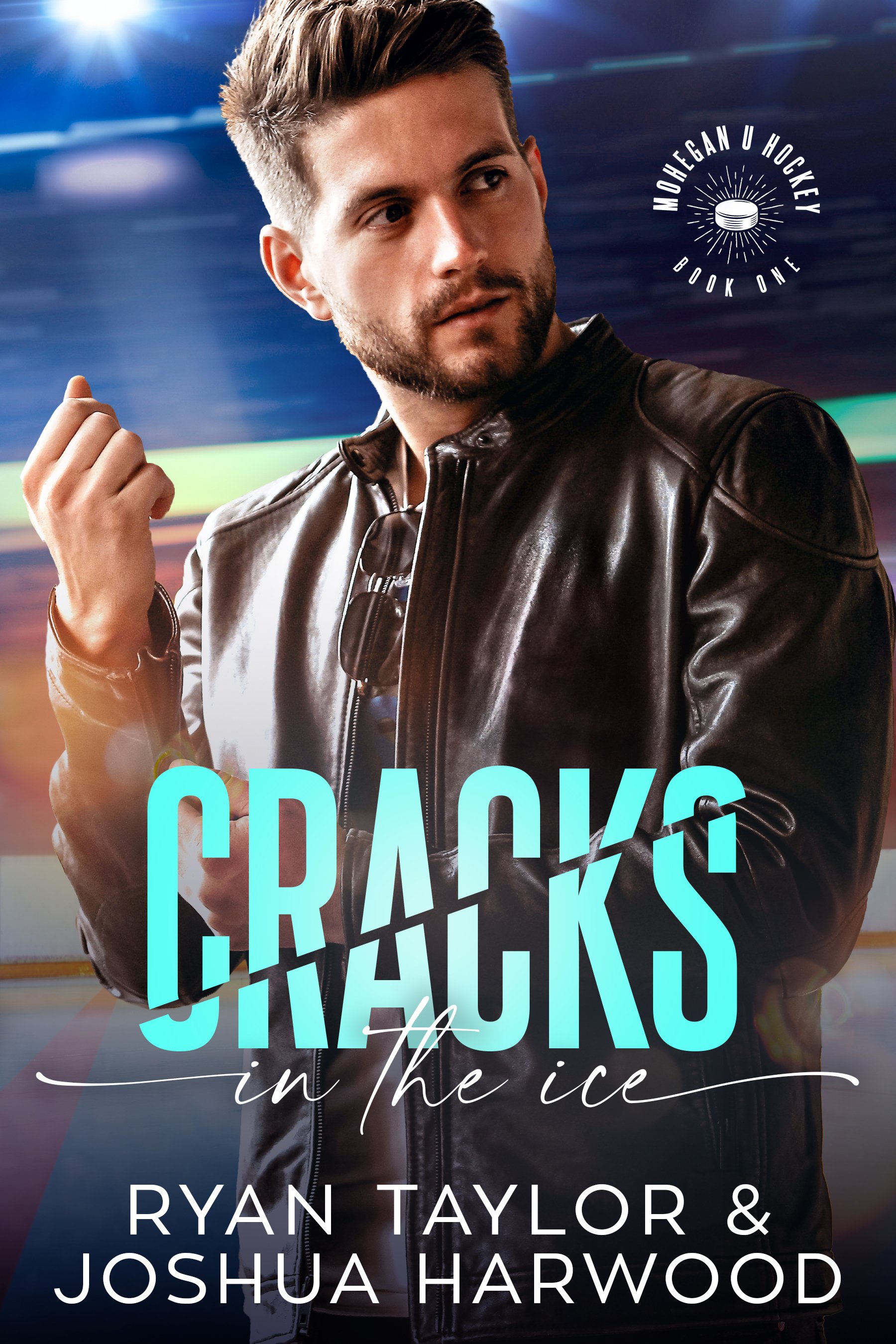 How can they trust love not to hurt them again?

I had my chance, and I was the happiest man you can imagine. One day, it all came to an end. The only thing left was playing hockey, but it wasn’t enough, and I became my own worst enemy.

When my old school offered me a lifeline, I took it. As a coach, I could at least be miserable in a different place.

But when I arrived, there he was—bright and warm, like sunshine. I’d lived in the dark for so long my soul was frozen, but he thawed me out. I started feeling things again, wanting things. For the first time since the dark times began, I wondered if there was a chance. I’d never thought about being with another man, but so what? Could I be lucky enough to find love twice?

I’d always made the worst possible dating choices, and one guy after another took advantage of me. Invariably, I thought I was falling in love. Once I told them, they’d show their true colors and run.

Worn out and unable to stand another heartbreak, I swore off love. I almost had my master’s degree, and playing the piano was a much safer route to happiness.

No sooner had I made up my mind than there he was—hot as a forest fire, yet very sad. When I found out why, I understood. Someday, he’d love again, but there was no reason I shouldn’t be a friend.

Then he kissed me, and everything turned on a dime. I needed to protect myself from getting pulled in again, but the harder I tried, the more I believed in him. Was I making another horrible mistake? Would this time be different, or was I setting myself up for the biggest letdown of all?

Content warnings for partner deaths, traumatic accidents, and alcohol abuse. While these issues happened in the past, they may still be difficult for some. 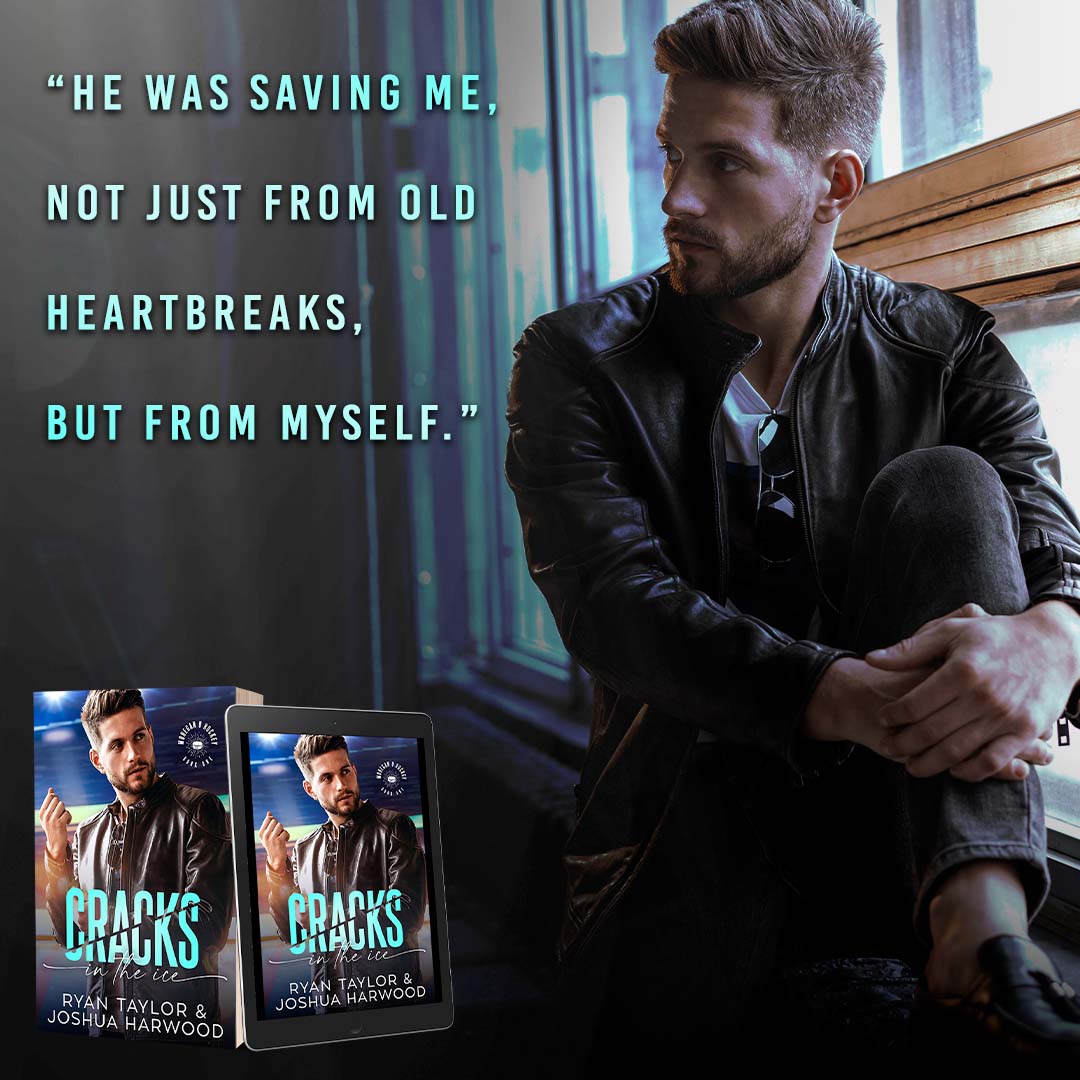 I didn’t know if I’d ever find anyone to love again, or if Cole was even interested in me, but there was only one way to find out.

He eyed me curiously. “Are you all right? I called your name a couple of times.”

I relaxed into a smile. “Good. I’m really good.”

“Diana said she’ll call you later. Her mom needed something, and she had to run.”

When I remained quiet, Cole’s eyes darted to the side and he said, “I’m sorry.”

I focused on his plump, rosy lips again. Not to mention his pink cheeks, blue eyes, and silky, golden hair. “Sorry for what?”

“For what I almost let happen before. I don’t know what came over me, but…”

A hum started in my chest, radiating tingles around my body. “I’m the one who started it. I liked it.”

He blinked rapidly. “You did?”

My stomach flipped at how his voice squeaked.

“I did.” The humming and tingling grew stronger, and I stepped forward until I was standing in front of him. “I do.”

“Oh.” His chest rose and fell quickly, and he whispered, “Me too.”

I was tempted to back away, but fuck that. Reaching out, I stroked his chin with a thumb. My heart knocked against my ribs as I leaned over. He inclined his head, moving it toward mine. With only a hair’s breadth separating us, we caressed the space between us with our lips. Who made the final move, I’ll never know, but powerful, almost forgotten sensations washed over me—soft, warm lips against mine; electrifying surges of emotion; an overwhelming desire to hold him.

We wrapped our arms around each other, and gentle brushes of our lips led to a real kiss. I hadn’t remembered how sweet it could be, how right it could feel, how it was somehow the most intimate thing two could share.

Cole withdrew enough to lick the corners of my mouth before pressing his lips against mine again. We went back and forth, kissing lips and stubbly cheeks and jutting chins. It was a new experience for me. I loved how Cole purred when I kissed along his cheekbone. He didn’t have much of a beard, but as we moved, his short whiskers caught against mine. Even holding him was a new experience—his body firm where I’d been used to soft, defined in a different way. The moment was perfect as we returned to each other’s mouths time and again, huffing air through our noses when we had to breathe. We held each other close, and I hoped we’d never have to move again.

Time was lost, and when we eventually parted, he panted at me through swollen lips. “Oh, Benny. That was…”

“Yeah.” I gulped, already wanting to kiss him again. “It was.”

He drew his eyebrows together. “Did you mean it? Why did you do it?”

“Because I had to. I meant it more than I have anything in a long time.”

He took my hands while a grin spread across his face. “Me too, but…”

A jolt of anxiety had my heart taking off again. “What? Did I do something wrong? I never kissed a guy before.”

He erupted in a short, maniacal laugh. “Wrong? Did you do something wrong?” He sighed and laid his hand over his chest. “It was the best kiss I ever had. You did everything right.”

“Thank God.” My breath considered returning to normal. “Because it blew me away.”

Moving his hand from his chest, he trailed his fingers along my cheek. “It was the first time you’ve kissed a guy? Really?”

“Do you feel okay about that part of it?”

“I was nervous, to be honest, but I feel incredible. I’m hoping we can do it again.”

He tilted his head and quirked an eyebrow. “Does that mean you’ll stick around this afternoon?”

I grinned, hoping I didn’t look too dopey. “If you’ll let me.”

“Oh, I’ll let you. I have to admit, though—I never saw that one coming, Benny Caldwell.”

© CRACKS IN THE ICE by Ryan Taylor & Joshua Harwood. All rights reserved. 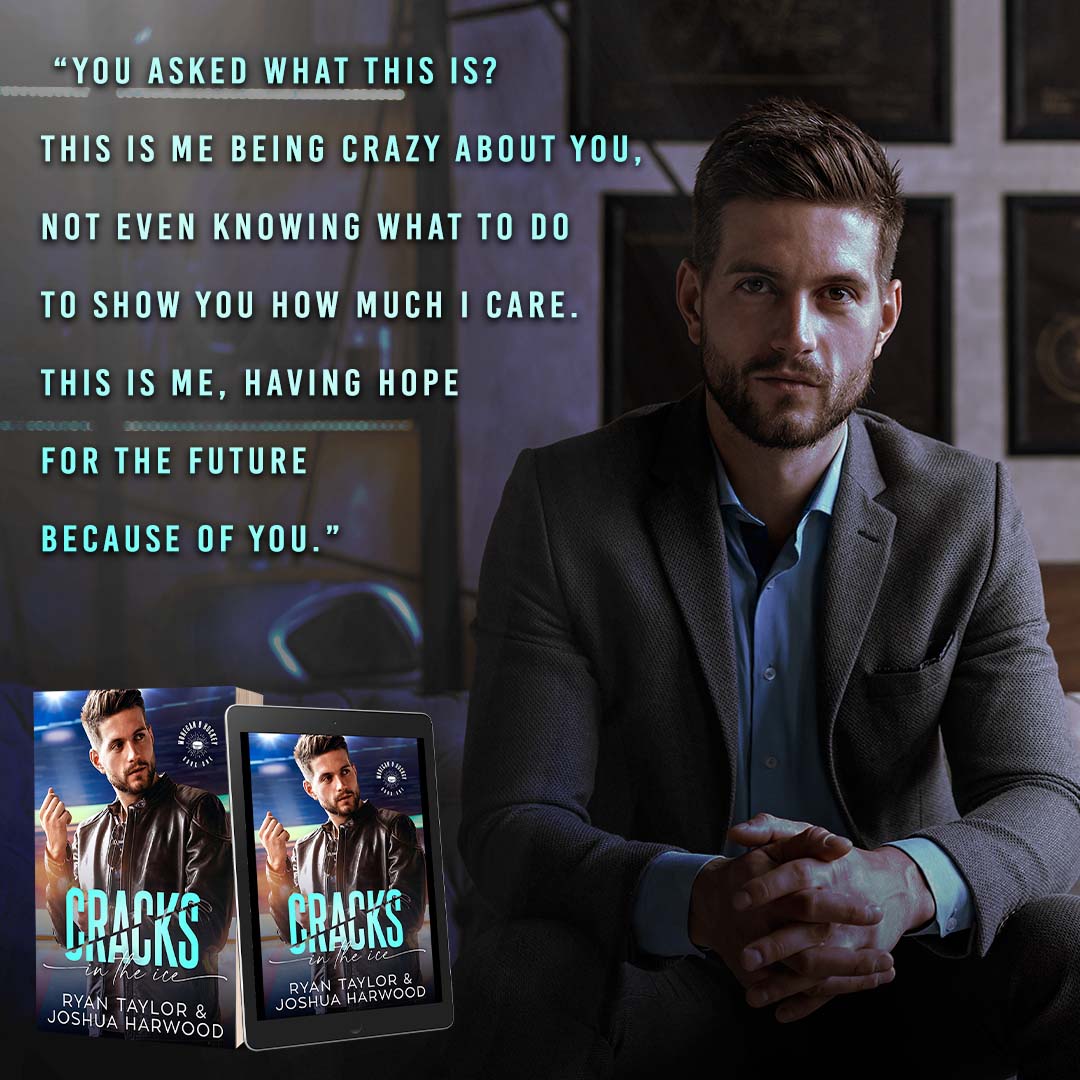 One of Five eARC’s for Cracks in the Ice

Ryan Taylor met his husband and co-author, Joshua Harwood, in law school. They live in a suburb of Washington, DC, and share their home with a big, cuddly German shepherd. Ryan and Josh love to travel. In addition, Ryan also enjoys swimming, and Josh likes to putter in the garden whenever he can. They began writing to celebrate the romance they were so lucky to find with each other, and the sharing soon developed into a passion for telling stories about love between out and proud men.