It’s a tale as old as time.

I’ve crushed on my brother’s best friend since I sprouted hairs on the unmentionables. Once upon a time, he was straight, until he wasn’t… and talk about bad timing.

And when we’re finally at a place for me to make my move, sexy rural firefighter Dan clams up and acts weird and I’m left with pants that are too tight and my heart feeling bruised… but he’s a good friend and I’m grateful he’s in my life.

Because of course Dan is a good guy.

Though him being “good” and ridiculously easy on the eyes and possibly the best man I know only makes me want him more.

When we’re thrust into a situation that brings both of us close to danger, it’s hardly the time to be chasing first kisses or finally acting on my crush. But Dan doesn’t seem to mind.

I just know that when the stakes are high and emotions are running wild, sometimes you have to show your hand and go all in. And that’s exactly what I plan to do.

High Alert was originally a 7,000-word short story in the March 2020 charity anthology “When the Smoke Clears.” It is now a 64,000-word full-length novel, complete with smouldering low-angst loveliness and a group of Aussie men who will capture your hearts. 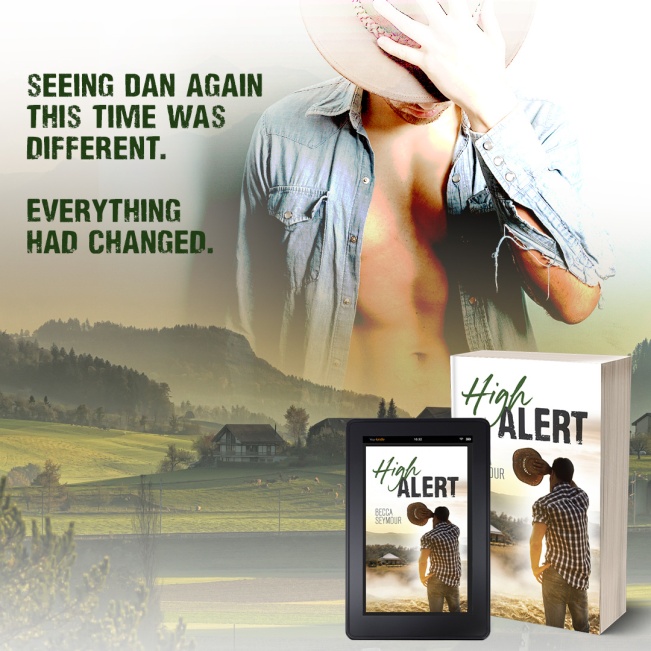 “Ouch. The fuck?” The elbow in my ribs jerked my attention to Craig. I shot him a glare. “You do that for?”

Silently, Craig lifted his brows high and gave a pointed look at his brother before shuttering his expression when I felt movement to my right. A quick glance in Ross’s direction, and his gaze was on the two of us, a smirk on his lips.

I grinned at him, completely ignoring how Craig had caught me staring at Ross. Not that I could help it. The man had matured in the best of ways.

He wasn’t as lean as he used to be, which I liked a lot. And at weekends, when he was in his rough and tumble clothes of jeans, plaid shirt, and when working at his place, an Akubra on his head, he looked especially fuckable. Much like he wore now, minus the plaid that was hidden by a sweater.

“Right. Blame your brother for that. He can’t keep his hands to himself.”

Craig grunted. “Whatever. Just like someone can’t keep their eyes to themselves.”

My head whipped in his direction. He simply grinned at me. The arsehole.

“You know that doesn’t make any sense, right?” Ross said, and I smirked at Craig, shooting him the finger.

Becca Seymour’s High Alert is set in the Sunshine Coast Hinterland, which after doing some research I’ve learned is the land behind the Sunshine Coast; it’s more rural and more lush than the coast. In this story, it’s also being ravaged by wildfires.

Ross and Dan have known each other for a long time, Dan being Ross’s older brother’s best friend. Ross has been out since high school and crushing on Dan for a while. Unfortunately, when Dan came out, he also moved away to the city and found a boyfriend.

When Dan moves back, he’s single and thinking about his best friend’s brother in more than friendly terms. If only he could get past the fear of losing Ross and his brother’s friendship should something go wrong between him and Ross.

For Ross, the time has never been right to have a chance with Dan. They’re both crushing on each other, but will it ever work out? Only time will tell. I really enjoyed this story, I got to see a different side of Australia than I’ve read before and I also really enjoyed the characters. Highly recommended!

Apparently, this was originally a short story that’s now been vastly extended. I’m not sure how it would have worked as a short as there’s a lot of build-up to the two getting together and even then they don’t rush into things. I liked that about Ross and Dan; it felt right that, after so many years of knowing each other, they wouldn’t just jump in. Dan has a lot to lose if things don’t work out and their friendship is obviously important to Ross.

This is a sweet, friends-to-lovers story set against difficult times. The impact of bushfires and floods on communities is particularly well handled and felt incredibly realistic. When these difficulties force the two to confront their feelings, they move naturally from friends to lovers. Dan’s hesitancy before this felt particularly believable and then when the realisation that things could be so different hits him, the progression to more felt right. The banter between them was fun, the chemistry bounced off the page, but underlying this was the friendship that really connects them. I loved Craig, Ross’s brother, his interactions with both are funny but ultimately very caring. There is low angst with the return of someone from Ross’s past but this, too, is nicely handled and just adds depth to the story.

I enjoyed the pace and style of this book a great deal. The author does a good job of bringing these two together for a HEA that felt authentic. I’d definitely recommend this book, especially for those who love books set in the Outback with MCs who are a little rough around the edges but with hearts of gold.

Enter the rafflecopter and have a chance to win a USD 10 Amazon Gift Card!

Becca Seymour lives and breathes all things book related. Usually with at least three books being read and two WiPs being written at the same time, life is merrily hectic. She tends to do nothing by halves so happily seeks the craziness and busyness life offers.

Living on her small property in Queensland with her human family as well as her animal family of cows, chooks, and dogs, Becca appreciates the beauty of the world around her and is a believer that love truly is love. 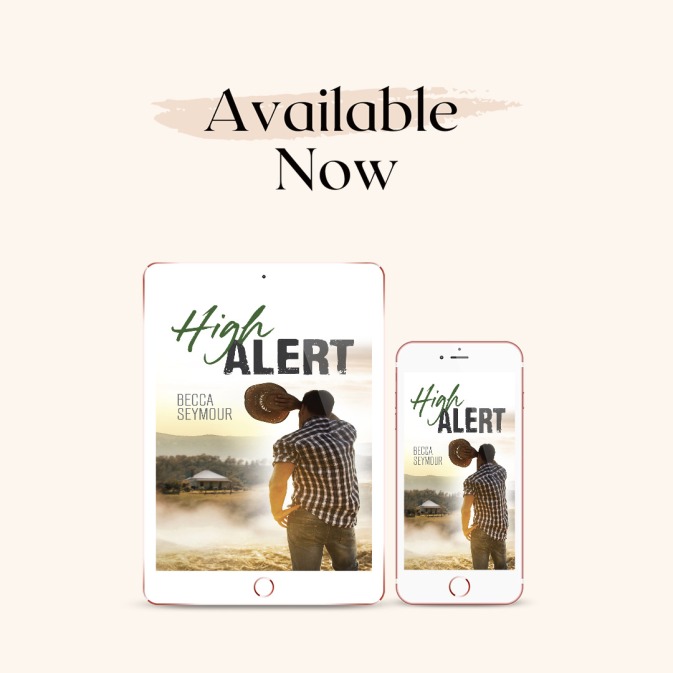