This is the first book in a series and features an unresolved ending/cliffhanger. 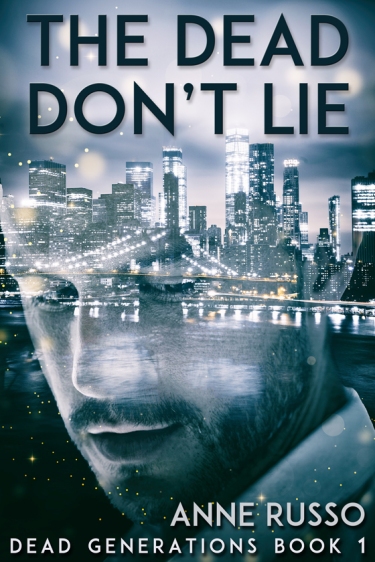 While young doctor Adam Morrow resigns himself to an uninformed existence, world-weary assassin Ian Abbott struggles with a life he never asked for. When the two strangers meet by chance, the attraction is immediate. And deadly, as Adam walks in on Ian in the middle of a hit.

The situation spirals out of control once Ian discovers he and Adam share a connection far more profound than either imagined. Shocked by the discovery, Ian makes the hasty decision to kidnap him.

Overnight Adam is torn from his promising career and a family who believes him dead. Things go from bad to worse when he finds himself reunited with a mother he never knew who is now head of a covert and shadowy group of killers for hire. Forced into joining their ranks, with Ian as his reluctant trainer and handler, Adam is given a series of impossible tasks to complete.

To survive, he must fight with everything he has to keep his life, his sanity, and his very soul from being swept up in a violent and chaotic world even as he battles his unwanted and complicated feelings for Ian.

For his part, Ian, a man with dark secrets of his own, has a past he isn’t ready to share with Adam even as the other man worms into his life in more ways than one. The two grow closer and lines blur — between good and evil, friend or foe, enemy or lover. But something, or someone, plots against them, determined to do everything in their power to keep them apart. Even if it means destroying them both.

Trigger Warning: This story contains a brief scene of sexual assault and features an unresolved ending/cliffhanger.

Assignment completed, Ian glanced down at his coat, noticing a few questionable stains even black couldn’t hide. Sighing, he stepped into the adjacent bathroom for a quick wash. He was cleaning off the excess blood splatter when he heard the door open. He stopped and listened as a curious voice called out, “Hello?”

Ian reached for his handgun, quiet as he slid it into his hand. He edged forward, waiting for his visitor to discover Mr. Mallory was no longer among the living. Ian didn’t have long to wait.

“Jesus Christ,” the visitor swore, taking several steps backward where Ian waited in the shadows. Once he was close enough, Ian pressed the gun’s muzzle into the back of his head, stopping him in his tracks.

“Don’t move,” he ordered. Even in the darkened room, Ian knew he looked familiar. “Turn around.”

Slowly, the man turned toward him, shaking. Ian didn’t miss the shock of recognition when he saw who held him at gunpoint.

“Yeah, I remember you too. This is unfortunate,” Ian remarked and meant it. He didn’t relish putting a bullet right between those pretty eyes, but he’d seen his face. Not once. But twice now. And, unfortunately, he’d have to die for it.

“Wait,” the young doctor urged, his hands in the air. “You don’t have to shoot me.”

No crying. No begging. A statement. The doctor even met Ian’s eye when he said it. Ian couldn’t help but admire this guy’s guts. A shame he had to kill him, but he didn’t have a choice. His finger twitched on the trigger.

“I’m afraid I do,” Ian answered, glancing at his name tag. “Dr. Adam Morrow,” he whispered under his breath, the name hitting like a sucker punch to the gut. “Your name is Adam Morrow?”

Ian wasn’t listening, rendered speechless as he studied the man. Pieces were clicking together in a hail of memories, memories he fought for years to keep hidden. Now they came rising to the surface one by one, swifter than he could recall them. All tied to the image of a child’s face. A child whose cheerful grin and name, Adam Morrow, had haunted him for the last fourteen years.

Ian snapped into the present. He charged forth, seizing him by the arm. Adam tried to shake him off as he propelled him toward the windows. Meager light from outside street lamps was enough to spy the lingering traces of that boy. One whose existence itself had been a terrible mystery he’d never wanted to delve too deep into, terrified of the answer awaiting him on the other side.

“Look at me!” he ordered, pressing the muzzle under Adam’s chin.

Adam hesitated but didn’t have much say so with a gun buried in his throat. One glance and the truth slammed into Ian like a bolt of lightning. A sweeping recognition. His eyes told him the entire story in an instant. They were remarkable, dark green, and flecked with gold, memorable —her eyes. There was no way he’d be able to kill him. Not now. The implications of his discovery growing as they sized up the other, each of them unsure what to do next.

“Who the hell are you?” Adam asked, low and shaky.

“Who the hell are you?” Ian countered.

The Dead Don’t Lie is an intriguing read that caught me a little off guard. I so enjoyed the ride this unlikely pseudo-romance took me on with twists coming right up to the very end. For those who like definitive resolutions in their stories, take heed—The Dead Don’t Lie ends with a massive cliffhanger that left me a little speechless.

Although Ian and Adam aren’t necessarily what I’d term likable characters, they and their journeys were incredibly interesting. While I knew that the plot was a little on the darker side, I definitely hadn’t anticipated just how twisted it could get at times or how emotionally invested I’d become in the characters. I especially liked the hidden depths to Ian even though his hot/cold attitude toward Adam was frustrating.

Adam and Ian don’t have a traditional romance by any stretch of the imagination and The Dead Don’t Lie doesn’t even end with a happy-for-now resolution. However, my streak for reading things I’d normally not pick up continues to deliver. I found Adam and Ian’s relationship progression intriguing and that this story consistently had me guessing. If you like twisted stories and going on unexpected adventures, I’d definitely recommend checking out this book.

Anne makes her home in Connecticut with her wonderful and ever-so-patient partner. A lifelong reader, writer, and curious student, Anne hopes to create exciting multi-dimensional characters and worlds but with a queer sensibility. The Dead Don’t Lie is the first book in the Dead Generations series and her first novel.

Enter the Rafflecopter Giveaway for a chance to win