Series: The Stylite Chronicles – Book One 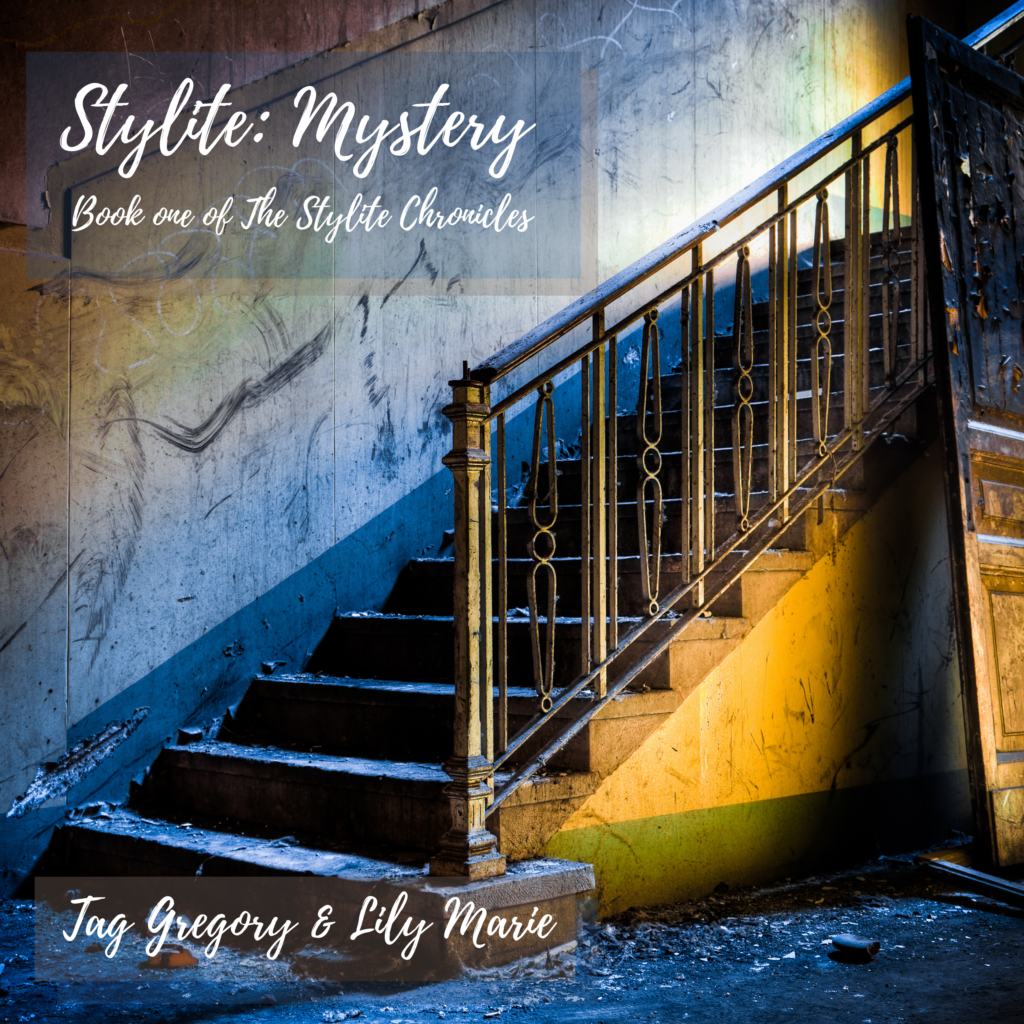 Book One of the Stylite Chronicles. A curious art history student disturbs a lonely recluse holed up in an historic building in downtown Pittsburgh’s “Golden Triangle”. Together, they investigate the mystery behind the building and in the process unearth evidence of a long-dead, illicit love affair. Will that ancient romance help kindle a modern one for our history sleuths at the same time?

Egbert seemed quite taken by the end result and my ego swelled several sizes as he looked at the pictures, even asking me to make them bigger at times so he could see certain details better. I started to explain some of the various techniques I’d employed and why I’d added some of the different elements.

“I like this part,” he said, his finger shaking slightly as he pointed towards a particularly detailed part of my painting that incorporated some of the details from the cornice work of the building.

I beamed once again. Having him like my work meant a lot to me; which was odd, because usually, as long as I liked my work I didn’t care so much what others thought. But all of a sudden it mattered what THIS guy thought. That was different. It made me uncomfortable, but uncomfortable in a good way maybe. I’d have to think on why, exactly, that was. Later, though, because I was too busy bragging to my man to worry on it right then.

“. . . Yeah. I’m pretty happy with how it turned out and all,” I summarized when it seemed like we’d talked the painting to death finally. “Now I just have to hope that my professor agrees when I turn it in tomorrow.”

“So, as of tomorrow, you’re done with the project?” Egbert asked, sounding a little disappointed by that prospect.

“Yeah. Which is good, too, because I have to get started on studying for finals for my other classes, all of which I put off while I was working on this monster.” When Mystery Man looked away, seeming to hesitate about whatever it was he’d been about to say, I felt like I’d said something wrong. To backtrack I asked, “why? Was there something else? Something you think I missed?”

“No. No, nothing like that,” he stumbled over whatever it was he meant to say for a moment or two until it seemed like he just decided to blurt it out. “It’s just that, when you seemed interested in that old letter and the drawing, I remembered that my grandfather had a file of old records he kept that he’d found when he bought the building, and I thought you might be interested in looking through them. But, if you’re done with the project, I guess you wouldn’t be interested . . .”

“No! I mean, yeah, I’m finished with the project, but I would definitely love to take a look at whatever you’ve found. Really. If you’re okay with that?”

He looked relieved when I insisted I was still interested and I watched as he unlocked one of the drawers of his desk and pulled out a huge leather binder, filled to the brim with ageing papers. I was surprised that the file was one of the least clean things in the entire building. There might have even been some dust on the jacket of the folder. But, since it was dust that had been in the building for a while, as opposed to dust that came from some stranger outside, maybe it was safe enough, because my man just swiped at it perfunctorily with one of his wipes and then seemed good.

He placed the folder on the desk and pushed it towards me. “Here, knock yourself out.”

I paused briefly before making my way over and running my hand along the smooth leather surface of the file folder; it was so soft. “Wow.”

I couldn’t seem to control my face around this man, I don’t think I’d smiled this much in years. He was basically inviting me back! Well, that’s what I was taking from it anyway. “You know, I might have questions while I’m looking through this stuff. If I can’t figure it out, maybe I could come back and you could go over it with me? You might know more about the history, after all,” I suggested.

He shrugged his shoulders nonchalantly, like it didn’t bother him either way, but I knew that he liked my suggestion. “Sure. I could make time,” he replied, trying to sound all cool and unconcerned even though I could detect a smile hiding in that beard of his. “I’m . . . I’m not busy tomorrow afternoon.”

I wondered when he was ever busy, seeing as he didn’t seem to ever leave the building, but I didn’t think our relationship was ready for that line of questioning yet. “Sounds great. I should be done with classes by around three tomorrow. How about I come back after that?”

“Okay,” he agreed readily enough. “Although, I suspect this is probably the first time in history someone invited their burglar to come back for more.”

“Just a brat. I know,” he teased me with that glint of humor in his eyes that I was starting to get to like.

“Good thing you like brats, huh?” I replied, because, yeah, I WAS a brat and, as a brat, I wasn’t about to let him get the last word like that. Then I picked up the binder full of documents and my bag and started for the door before he could say anything more. “See you tomorrow, Egbert.

In my head I was already planning out what I’d say when I saw my Mystery Man the following day as I galloped down the stairs and out the lobby doors. I felt a little giddy – which was a word you really don’t understand until it happens to you, but which I now totally GOT, because I felt giddy as a fucking school girl and that was really pathetic, I know, but it was how I felt so deal with it, okay… 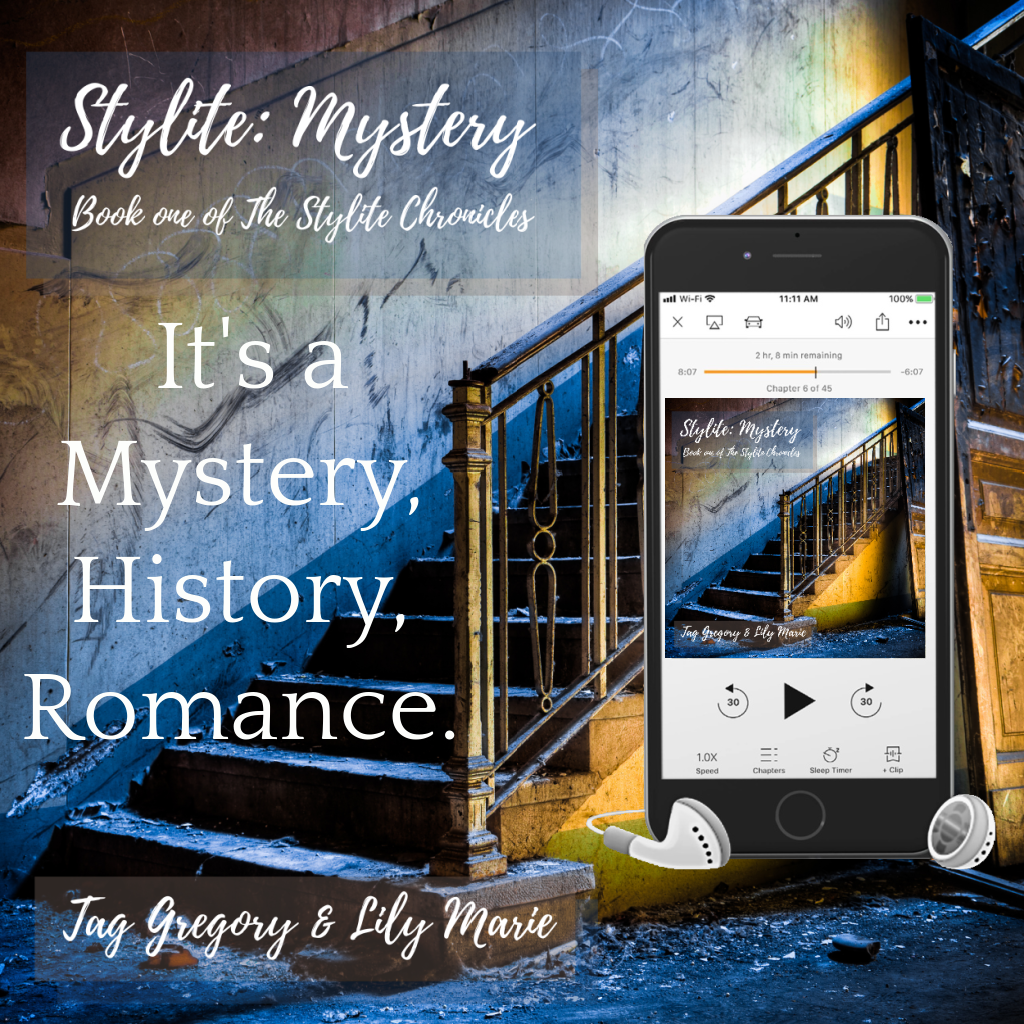 Storyline: a very interesting mm mystery novel. The writing style was direct and fresh with a very intriguing plot. I am still not sure if I have totally warmed up to the MCs, but they have completely fascinated me.
Tristan is an art history student that is normally pretty self-centered. He has a best friend, named Darla, that tends to keep him grounded. Tristan is fascinated by a Flatiron building in Pittsburgh that he thinks is abandoned. Passing his favorite building for the hundredth time, he playfully kicks the door, and it pops open. His exploration of the building is quite disastrous as it turns out, it is not abandoned. Tristan finds a grumpy, scary-looking man with an unkempt beard that really wants him out of his building. Tristan either has nerves of steel, or is the most stubborn individual on the planet, as he continues to visit both the odd man, and the architectural dream he lives in. The isolated Brandon, starts to slowly enjoy these encounters.
Along the way, I learned this recluse has many issues he has to learn to live with. I felt at first it was odd that Tristan was starting to have some romantic feelings towards Brandon, but with time, I understood the attraction. Tristan is a fixer and poor Brandon feels broken.
The story blends an inkling of an unlikely romantic attraction, history regarding this amazing triangular building, and a mystery of a possible illicit love affair from years before. The story is a cliffhanger that ends abruptly. An interesting story, that is part of a trilogy, that begs you to continue reading to see where all these loose ends tie.
Audio: I found the book to be very interesting but the narration was somewhat lackluster. I couldn’t tell the difference between Tristan’s voice and his female friend, Darla. They sounded identical and this took away from the listening experience. Mr. Pierre did maintain a steady voice but it did not readily pull me into this unique story. He did change his voice into a deeper tone for Brandon which really improved the production. I would recommend this if you prefer audiobooks to reading. Happy listening!

Tag Gregory and Lily Marie are the co-authors of several exciting romance series, including the Time Adventures Series and The Stylite Chronicles. Tag has been writing for almost a decade, bringing an eclectic background as a lawyer, microbiologist, all-around nerd, and adventurer. Lily has also been writing for several years, is a resident of the UK, and is the more visually creative of the two. Together they bring an off-kilter sense of humor, unbounded curiosity, a love of details, and astonishing powers of research to all their writing. If you are looking for a gripping story, with compelling characters that deal with real world issues, then you’re in the right place.