Title: Out in Winter

Series: Out in College, Book 8 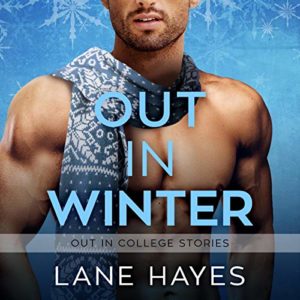 The grad student, the jock, and some winter fun…

My new job at the bistro is fun. The owners are good guys, and the staff is made up primarily of boisterous water polo players. I know nothing about the sport except there’s a Speedo involved, and Liam likes to wear his everywhere. Yes…Liam—the chatty, handsome, utterly charming waiter I can’t seem to stop thinking about. Ugh. Note to self—do not fall for another younger man.

Getting Drew to notice me hasn’t been easy. He’s a little intense, and he knows how to keep his distance. Something tells me he’s not immune—he’s just stubborn. Maybe a weekend of bonding on the ski slopes will win him over. And if I can get him to come out in winter, I might be able to convince him that we have a chance at something special.

Out in Winter is a low-angst MM, bisexual romance starring an oh so serious grad student, a goofball water polo player, and a little winter magic. This story is part of the Out in College series, but each book can be read as a stand-alone.

The stunning winter wonderland panorama was dotted with impossibly tall evergreens flocked with snow and the pristine hills glistening in the morning sun. It was so quiet, I could almost imagine we were alone in the world. That was precisely the kind of thought that freaked me out sometimes. But not today. Today the idea seemed…promising. Maybe even cleansing, like a new start.

“This is one of the reasons I like coming out here early. The light is so brilliant. It looks like a postcard or the photo in the dictionary next to the word ‘hope.’ ”

We shared a smile; then he adjusted his goggles and inclined his head meaningfully. “Ready?”

I shuffled forward until I stood beside him with our skis pointing in the opposite direction, expecting him to impart some advice about the terrain or maybe remind me how to stop. Both might have been helpful, actually.

“Hold on to my sleeve. Stay still. That’s perfect.” He stroked my chin before leaning in to press his lips to mine. “You taste like cherry ChapStick. I like.”

He kissed me again, twisting his tongue with mine and leaving me breathless. “Mmm. I’m making it my personal quest to make sure you get down this mountain safely and that you have fun doing it.”

“Good luck with that,” I sighed, aware that my voice had taken on a dreamy quality.

“I don’t need luck. I’m an expert,” he bragged playfully. “I’m going to give you a couple of tips. Listen up.”

“Bend your knees and stay loose.”

Liam chuckled. “Something like that. We’re gonna take it slow, moving from side to side, making wide turns. I’ll go first. Follow me and remember to keep your gaze forward.”

“Yeah.” I licked my lips and nodded.

Liam glided smoothly down the incline, veering sharply to the right. He stopped with a flourish, sending a plume of powdery snow skyward before raising his poles triumphantly. I snickered at the silly display. He made it seem fun and relatively easy. All right, then. I could do this.

I grasped my poles in a vise grip and dug into the snow, propelling myself forward. I aimed my skis in Liam’s general direction and honestly, it felt pretty damn good. I was in control, a cool breeze on my face, and a light wind at my back. Best of all, I appeared to be closing in on my correct destination. A hot guy was waiting for me in front of a huge pine tree with—

I couldn’t stop. I picked up speed and barreled forward, trying to remember his advice. Knees bent. Check. Don’t look at your skis. Check. Stay loose…

I was wound so tight my head felt like it might pop off. Every muscle in my body was rigid as I zoomed closer to Liam…and the tree. It occurred to me as my life began to flash in front of my eyes that if I turned downhill, I could avoid the tree and move in the right direction. I might not have control of my skis, but Liam seemed to know what he was doing. No doubt he’d catch up easily and offer tips on how not to kill myself along the way. A comical vision of him doing circles around me while I tumbled into a giant snowball flashed in my head.

And that might have been when things went sideways. 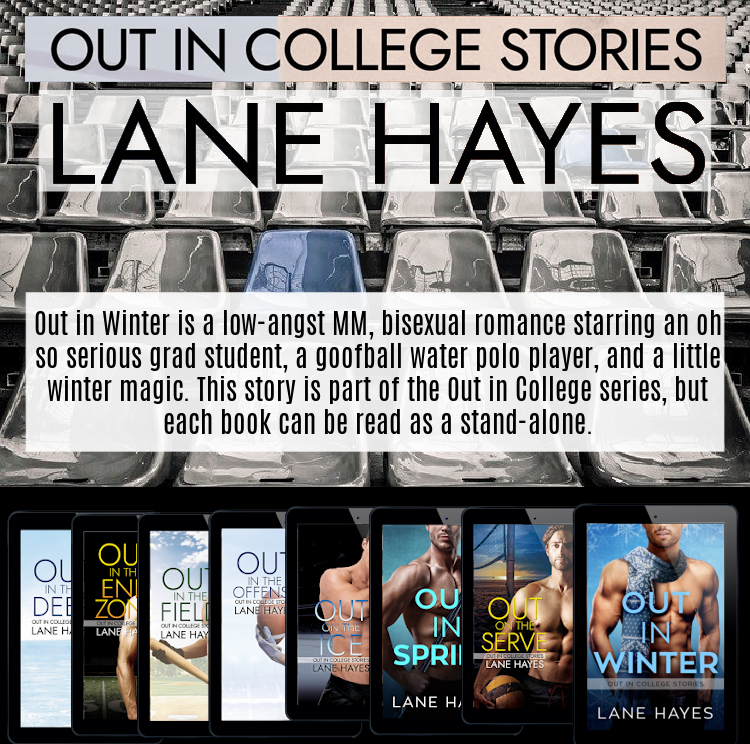 I am so glad Drew got his own story and HEA. He wasn’t a bad guy, he just wasn’t the right fit for Elliot. One man’s loss is another’s gain, though, right?

Liam was a very charismatic character. You couldn’t help but be drawn to him. Try as Drew might, and he did, he couldn’t fight it for long. All bets were off—kinda—when Liam lets him in on a part of himself that he didn’t share with everyone.

The chemistry between Liam and Drew was obvious, which made the story even better. This was a fun, easy to listen to story. It was good to see a few familiar faces here and there.

Michael Dean did a fantastic job, as always, bringing these men to life. He captured the characters with the ease of a pro. I always enjoy listening to him tell me a story.

Originally from Chicago and currently based in New York City, I have performed around the country and the world on stage, television, and film. I studied acting at the University of Arizona and the University of Kansas City Missouri. Find out more on Michael’s website.