All Adam Kern was looking for when his best friend dragged him to the club Harte was some good dancing and a little flirting to distract him from his troubles. He never anticipated meeting the club owner, Jesse Harte, and having a whole new world of experiences opened up to him. On an impulse, Adam follows Jesse to the upper, kinkier floors of the club where an informative tour ends in a steamy scene that both men are looking forward to repeating. The attraction between the two is scorching and over the next few weeks their adventures into kinky sex are nothing short of daring.

Ash said this as if Adam would know what the hell he was talking about.

Ash waved the question away with a flick of his wrist and an expression that clearly said it didn’t matter. “You’ll know when we get there. Now, come on.” He linked their arms and half dragged Adam out the door.

On the taxi ride to wherever they were going, Adam tried to get more details, but all Ash would tell him was that Harte was a local nightclub.

“You didn’t let me get dressed.”

“Why do you think I lent you that shirt to begin with? You look fantastic. Trust me.”

The crowd outside the club wrapped around the side of the building and back again. Thankfully, it wasn’t too cold out, or they would have frozen solid before getting inside.

“Is this place always so crowded?” Adam asked as they took their place at the end of the line.

“Packed like sardines,” Ash confirmed. “Best place in the city for good drinks and dancing.”

A man in skintight leather pants and what Adam guessed was a harness walked by. “Varied crowd,” he said.

Ash spotted the man and did that wrist-flick thing again. “He’s headed around back for the upper floors.”

“Yeah, the nightclub is only on the first floor. It’s got three dance floors, each with their own bar, and a backroom, which was most likely meant to be a bathroom but is usually otherwise occupied. Upstairs is the kinky stuff. From what I hear, Harte has the best dungeon in the city, and he’s known to be top-notch on safety. It’s pretty well-known despite being members only up there. The entrance to the second floor is in the back, though, because there’s a difference between exhibitionism and indecent exposure.”

“Huh.” Adam had never been to a kink club. Granted, they didn’t have plans to head upstairs, but this was the closest he’d ever been to one.

Eventually, they made it inside. With the beat of the music and the press of sweaty bodies grinding around him, it was easy for Adam to be distracted from thoughts of the upper floors. It wasn’t long before he’d lost Ash to the throng as well. His friend tended to sidle toward the nearest hot guy before passing him up for the next one on the dance floor. It gave him more exercise than the dancing itself. When he wanted a break, he’d pop up next to Adam as if finding someone in a crowd was the simplest thing to do.

Tonight, Ash’s method fit Adam’s mood. He scanned the floor for someone to dance with. It didn’t take him long to find what he was searching for.

The man was dancing alone and, apparently, without a care in the world. He seemed lost to the music, his body moving with enviable grace and confidence. He was lean with boyish good looks and the kind of face that would still look thirty when he was fifty-five. His light-brown hair was just long enough to be spiky, and though his clothes were casual, he dressed stylishly.

When the dancer turned his head, he caught Adam staring. A jolt ran through Adam, but he couldn’t look away. Even from a distance, the man’s pale eyes had him trapped, and Adam found himself moving through the crowd as if pulled by an invisible string. When he was close enough, he reached for a seductively swaying hip. The touch of a hand on the back of his neck encouraged him to move even closer.

They moved together for a while, sliding their bodies against each other but in no hurry to make it anything more than dancing. They simply let the pleasure of touch build on itself. The feel of his partner’s body against his was electric.

Adam was about to ask if they should find the “bathroom” when the man asked, “Care to go upstairs?”

Adam hesitated. “Isn’t it members only?” He figured that was a simple way to change the subject without having to turn the guy down.

There went his easiest excuse. His reluctance must have shown on his face because the man asked, “Not your thing?”

“Ah” was the only reply, but Adam heard the disappointment in the word.

Truthfully, Adam had never given kink much thought. He’d heard about it, read a little online, but he’d never considered putting what he’d read into practice. 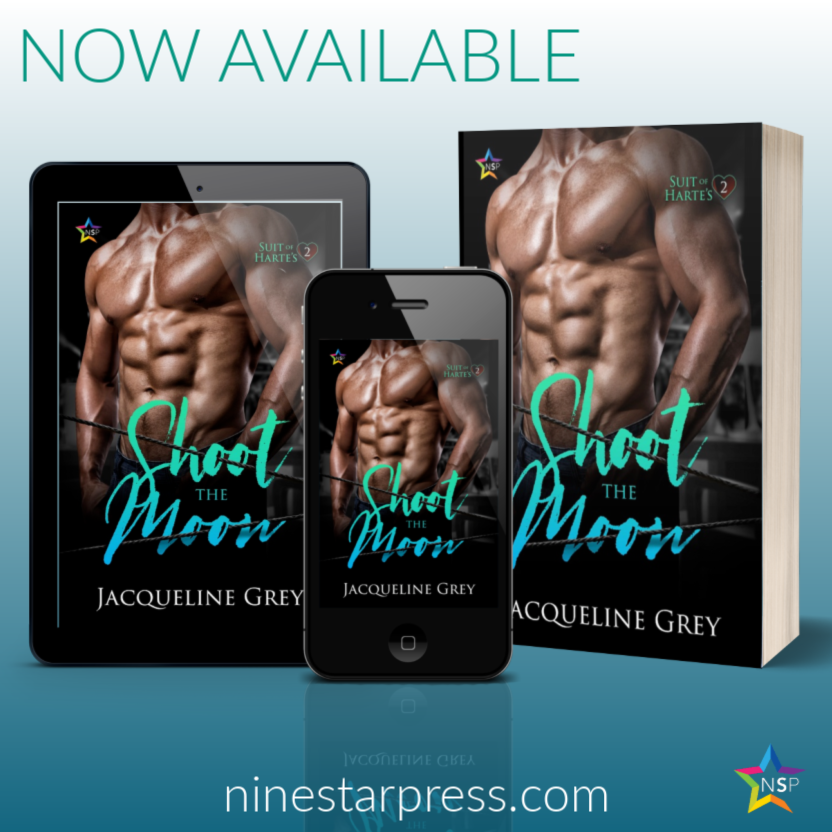 3.75 Stars!
Adam went to the club with his friend to have a little fun, dancing and flirting. Being impulsive with the hottest guy he’s ever seen; however, leads him down a path he never anticipated. Club owner Jesse is enthralled with Adam and once he has Adam that night, he looks forward to seeing him again.
I struggled with how I felt about this story. The way that the story is structured, I felt like I was missing a lot about both Jesse and Adam. I really didn’t get a good understanding of Adam’s background and why he had a hard time with Jesse’s involvement with the BDSM side of the club until late in the story, when we get to meet Adam’s parents. I also didn’t really understand why Jesse kept chasing Adam. I get that their connection and chemistry was amazing, but being basically ghosted for weeks at a time is not something most people are willing to deal with. I was happy to see Jesse finally have a real talk with Adam about submission and what he wanted versus what Adam had assumed, but I felt like it would have been good to have some indication from Jesse earlier that he didn’t necessarily need a sub to be happy. I guess I just wanted to have a better understanding of Jesse and where he was coming from.
Overall, it was a fast read for me and I enjoyed their interactions.  I haven’t read the first book in the series, but I admit I am a bit curious about it now. I may go back and read it another day.  If you’re looking for a hot short read with some kink, this one might fit the bill for you.
*** Copy provided to Bayou Book Junkie for my reading pleasure, a review wasn’t a requirement. ***

I loved Jesse! The way the author portrayed his Dom side was perfect! Look out, those risky scenes between him and Adam, go from 0 to 100 within seconds. There definitely needs to be a warning attached that says may cause extreme panting!
I do have to admit, I did get very annoyed with Adam’s character a few times in the story. However, I tried to step back and see it from his point of view. In a way, I could see how aspects of the BDSM lifestyle could be misleading considering his upbringing but having it explained a few times, I did feel he could have been a bit more open.
Jesse’s willingness to understand and his deep-seated feelings are what had me from the start and the finish of this story, and of course, his best friend Dillon!
***Copy provided to Bayou Book Junkie for my reading pleasure, a review wasn’t a requirement. ***

Jacqueline has always been driven by characters. She loves a good plot, but it’s the characters that pull her into a story. She loves romance and believes everyone has a right to be happy. She enjoys seeing her characters find that happiness for themselves.