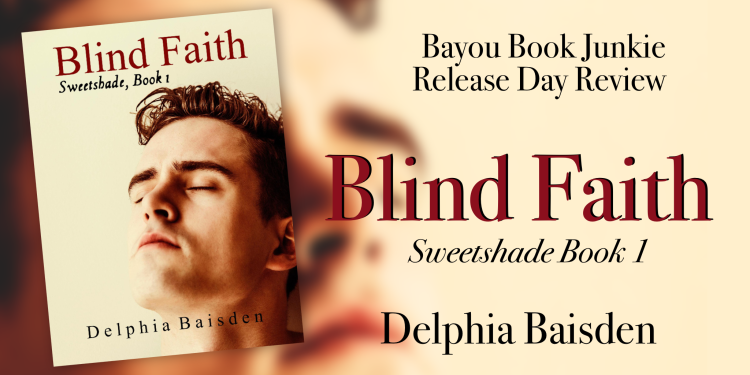 Sonny Lakes is as lost as a person can be. After being discharged from the US Army following a traumatic event, he’s sent home, where unbearable nightmares and deep despair lead him to attempt to take his own life, a choice that puts him on the path to a new home in a new town where no one knows him. But as Sonny tries to settle in, mysterious vandalism and harassment begin to take over his life, destroying the anonymity he craves.

Abe Ellis has lived his whole life in Sweetshade, Texas, and that kind of loyalty lends itself well to being a small-town cop. His quiet life changes when a handsome newcomer moves into town and unlikely events begin to unfold. As Abe and his partner Nate begin looking into the crimes, Nate grows increasingly suspicious of the stranger with no history, no enemies, and few friends, to whom Abe is so drawn.

Can Sonny’s faith in himself be restored in time to find the love and stability he seeks? Can Abe count on his instincts and trust the young man with his safety and his heart?

Sweetshade is a small town, as calm and inviting as the name suggests. But even places like that can hide sinister secrets and dangerous threats. 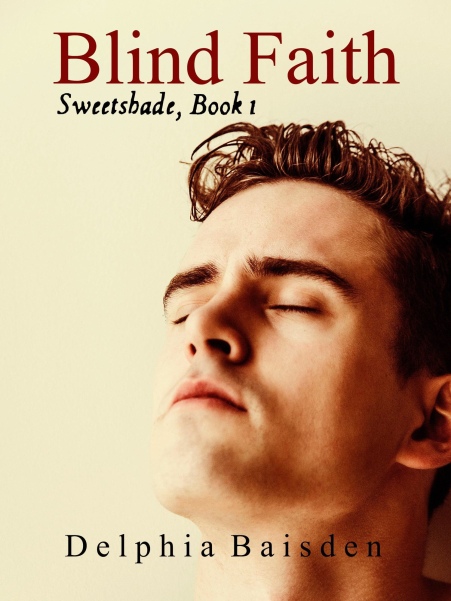 3.5 Stars!
So, this is the second book I’ve read by this particular author and I find myself at a bit of an impasse. I, again, like with Credence, found myself drawn to the story based on a great blurb and premise. There’s so much potential that I want to completely rave about the story, the characters and the writing. However it’s with great apprehension that I am forced to say that I never did fall in love with any of those things and I question whether it’s me or if this will be a series I will need to avoid.
As I said, the premise of the story is great. I love hurt/comfort stories an I’m always intrigued by men and women returning home after the military and how they adjust to civilian life. There’s also the bones of the story which were great, there was definitely potential, in not just the story but the characters. Both Abe and Sonny are likable and fit together well. I am interested in how they progress and grow as the series continues and the author grows more into her craft.
What was missing (IMO): Sonny was done well on the surface, however, I needed more from him. I wanted to delve deeper into his emotions and depression in the beginning. I didn’t feel like I was living it with him, which is one of the things that generally grips me in a story where a character attempts suicide. Did I understand why he was led to that act? Yes, but I didn’t feel it, I wasn’t screaming in my head for someone to help him, I wasn’t connected to him at all.
The aftermath, his hospital stay and then relocation was slightly unrealistic to me too. Was it too easy? Too quick? Is that normal to pick up and move away from your support system that soon after an attempt to kill yourself? I couldn’t stop asking myself those questions.
Overall, while I personally didn’t find the book quite gritty and raw as I like, others may think it was just perfect as it was and Abe and Sonny warmed their hearts.
*** Copy provided to Bayou Book Junkie for my reading pleasure, a review wasn’t a requirement. ***