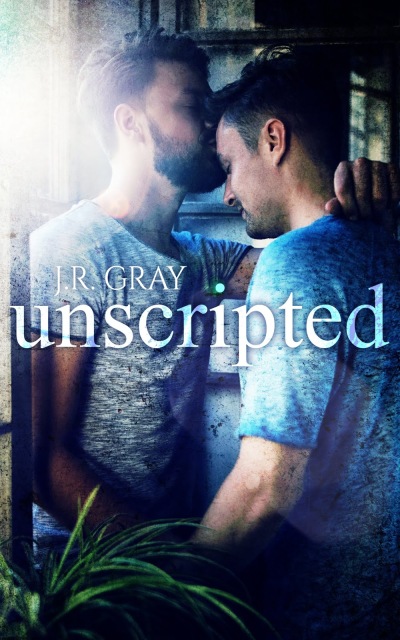 Title: Unscripted
Author: J.R. Gray
Genre: Contemporary M/M Romance
Release Date: November 6, 2019
Blurb
Movie star 101: A smile hides all pain.
Quellcrist King has been playing a part his entire
life. The more famous he becomes, the more he hides. The only person he ever
let see the real him rose with him from nothing to the very top.
They were the king and queen of Hollywood— and then she
wanted a divorce. The only way to survive his depression is to bury himself in
work. If he can be a character, maybe he won’t have to remember himself. A gay
role can’t be any different than playing a straight one, can
it?
But instead of finding solace in the character, he finds it
in his costar. Hale becomes his best friend, his lifeline, the light in his
darkness. Quell is forced to examine everything he thought he knew about
himself while filming intimate scenes with Hale that feel more real than
anything ever has before.
He’s lived his entire life following the script. What would
life be like unscripted?
ADD TO GOODREADS 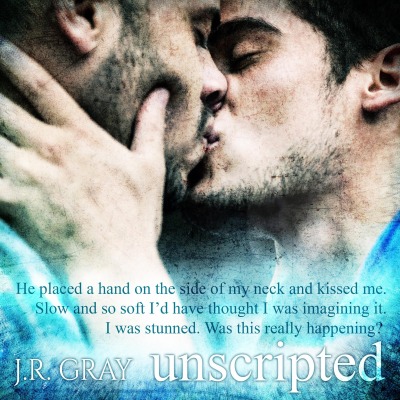 4.25 Stars!
This book combines two very likable MCs (Quell and Hale) with one of my favorite tropes, GFY, seeing as Quell was straight before meeting Hale, although, to be honest, he felt more demi than anything else to me. This is a very slow-burn story, which again, was very understandable all things considered. Quell was just out of a 10-year marriage and Hale was attracted to Quell, but at the same time, he knew that Quell was straight and even if he didn’t know why at first, he also sensed Quell needed his friendship more than anything else. The progression of their relationship was very natural and organic and I just adored them together. They had amazing chemistry and great rapport. It was delightful to see them together.
I also liked Elle and Mel a lot, unfortunately, I can’t say the same about Quell’s ex-wife, because she was a selfish, spoiled diva and I hated her with the fire of a thousand suns. I was very glad when Quell finally stood up to her.
The ending felt a bit abrupt to me, I just wanted more, LOL, but it still was a very good one, full of promises for the future. Overall, the book was very enjoyable, fun, captivating and steamy, once Hale and Quell finally got to it. 😉 Very recommendable.
*** Copy provided to Bayou Book Junkie for my reading pleasure, a review wasn’t a requirement. ***

Quell is trying to bury himself in work, especially a new series where he’ll play the role of a gay character. He loved the books that the show is based on and can’t wait to bring it to life. Hale comes to the show’s cast call expecting to read for a minor part, only to find himself meeting Quell and reading for a main character. It was an amazing experience, but he never expected to get the role, let alone become friends with Quell.

This story is a bit of a slow burn. I enjoyed reading about the casting of the show and the bits of filming as much as I liked watching Quell and Hale becoming friends. Hale sees beyond the surface that Quell projects to protect himself and wants to help him as much as he can. I liked Hale; he never lost sight of what was important and was a real friend to those around him. It wasn’t hard to like and sympathize with Quell. He made promises to someone he loved that were making his life harder and really weren’t good for him. I was happy when he stood up for himself and started taking control of that part of his life. I also liked that he started to open up to his small circle of friends and let them in bit by bit about what was going on in his life. It was hard to watch Hale and Quell dance around their attraction for so long, but it was completely understandable why. They both had plenty of reasons to stay just friends.

I loved the cast of characters in the book and small circle of friends that both Hale and Quell have. The humor and banter between the cast was fun as well. This book was my first by the author and I will definitely be reading more of his work in the future.

Gray is a cynical Chicago native, who drinks coffee all day, barely sleeps, and is a little too fashion obsessed. He writes realistic and damaged characters because everyone deserves a happily ever after. 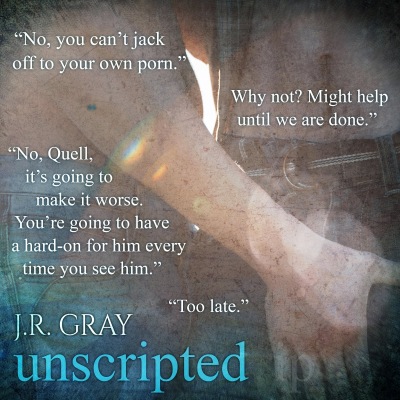