Everybody thinks Mackey Sanders’s Outbreak Monkey is the last coming of Rock ’n’ Roll Jesus, but Cheever Sanders can’t wait to make a name for himself where nobody expects him to fill his famous brothers’ shoes. He’s tired of living in their shadow.

Blake Manning has been one of Outbreak Monkey’s lead guitarists for ten years. He got this gig on luck and love, not talent. So hearing that Cheever is blowing through Outbreak Monkey’s hard-earned money in an epic stretch of partying pisses him off.

Both men have to make peace with being second banana in the public eye. Can they find the magic of coming absolute first with each other?

Disclaimer — Beneath the Stain, the predecessor of Paint It Black, is one of my top 5 all-time favorite books. So much so, I just happened to re-read it a month or so ago, not realizing the sequel was pending. So I was ready for Paint It Black.
Paint It Black picks up 10 years after Beneath the Stain and is Cheever’s story. He is the youngest Sanders boy who was left with their mom when his big brothers hit it big with Outbreak Monkey. In Beneath the Stain, he came off like a little shit, particularly since his brothers made sure he was financially taken care of (unlike their childhoods). This book delves into why Cheever was such a pain and I feel in love with him and my heart broke for him.
The book starts off with Cheever having a true meltdown because his carefully constructed life, decidedly separate and apart from his famous brothers, crumbles and he doesn’t know how to adapt. That’s where Outbreak Monkey guitarist Blake comes to his rescue. Blake swoops in, making sure Cheever’s pieces are put back together and these two bond in their brokenness due to horrific childhood and adolescent experiences. They quickly fall in love, but Blake doesn’t have faith in it because he doesn’t believe he’s worthy of Cheever’s due to his age, wealth and future promise. Turns out Blake’s broken pieces were never truly healed. Cheever, on the other hand, is set on Blake as his future and forces his way into his heart and their journey to each other is raw and heart-wrenchingly gripping.
Just as prominent in this book is Cheever’s journey to be a true part of his family. He’d always kept them at arm’s length and been distant, but as he opens his heart to Blake, he also opens his heart to his family.
It was amazing spending time with Outbreak Monkey and their growing families. This was a definite page-turner with the expected wit and banter amongst the boys. Like Beneath the Stain, Ms. Lane explores very intense topics like rape, addiction, drug use and suicide. So be warned! You’ll cry a lot, you’ll laugh a lot and you’ll feel a lot, but boy is the ride worth it!
*** Copy provided to Bayou Book Junkie by Dreamspinner Press for my reading pleasure, a review wasn’t a requirement. *** 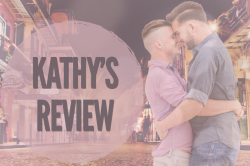 There are some warning triggers for this novel: rape, attempted suicide, drug use and well, basically, some pretty tough stuff. This being said I believe I would have benefited from reading the first book in the series. It took me a while to catch up on all the characters but it was well worth it.

Ms. Lane is an excellent writer and she does not sugar coat the harsher aspects of life. Cheever Sanders’ early years were very difficult to read but were a necessary backdrop to give you perspective of this heart-wrenching story of past pains and the attempt to rise above the despair.

Blake Manning is the lead guitarist for the popular rock group Outbreak Monkey. Mackey Sanders, the group’s leader, is Cheever’s big brother. Along with Blake, he fought a horrific battle with addiction and won. Yes, the fight will continue but in the present, Mackey and Blake, along with the rest of the band are in a relatively good place. Suffering an injury while on stage sidelines Mackey. Blake gets wind that Cheever was participating in some unsavory behavior and not wanting to upset his injured friend, decides to confront the young man.

Cheever Sanders is an Island. He keeps to himself and never lets anyone see the shame and ugliness that he believes festers inside of himself. The final straw breaks his inner turmoil when he gets a mediocre grade for his art class that he poured his soul into. A wild uninhibited party ensues nearly resulting in his death.

Blake slowly helps this broken man find his footing. He gets Cheever to finally open up and reveal why he is so guarded and secretive. This then begins Cheever’s healing process. I thought at first that Cheever’s family would be concerned and protective over their baby brother but the tight-knit clan worries that Cheever might break Blake’s heart if they get involved. Blake with all of his bluster and outward confidence has a very fragile psyche. His background is very brutal and like Cheever, he has to fight those nasty demons to remain standing and keep walking.

My heart ached for both of these dear men as neither deserved their past but even though this story has a darker tone, I never stopped hoping or believing for the happiness they both truly deserved. One of the most poignant lines for me was when Cheever asked Blake “Who was your first? That you wanted”.

Once you get past the harsher aspects, this book is awe-inspiring. You watch Cheever gain self-confidence and see the amazing man that was buried beneath his private hell.  Sweet Blake repairs his new lover’s heart and spirit. Sadly, Blake has very little self-worth and is convinced that Cheever will cut him loose once he starts touring again with the band even though their love both physical and emotional is powerful.

The feelings in this novel scrape you raw and then somehow you miraculously heal.  I absolutely recommend this book of anguish that is balanced with second chances and extreme hope.

***Copy provided to Bayou Book Junkie for my reading pleasure, a review wasn’t a requirement.***