I had everything. I was school quarterback, popular with girls, and I made my dad proud. I told myself it didn’t matter that no one knew the real me. Then I nearly died.

It was out-and-proud Landon who saved my life. Now I’m a mess—can’t even stand to be in a room with the curtains open. The one good thing about losing it all? You get a chance to start over. Only, how can I move on when the school shooters were never caught?

When I came across Brian Marshall dying on the cafeteria floor, I did what anyone would do: I helped him. His request surprised me, but I figured he needed comfort, so I kissed him on the forehead. When he came back to school weeks later, he was broken in body and mind. Somehow we became unlikely besties.

What I saw that day woke me up. I want to demand action on gun control, lead protests, raise my fist. And if I can get the man of my dreams and save the world? I’ll take it.

Only, the horror at Jefferson Waller High isn’t over. 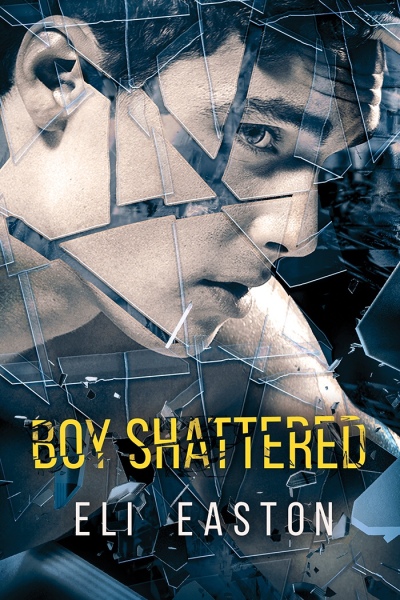 5 Stars!
Even though I had previously read this story, I still felt the emotion and the intensity just as I had the first time. I think in the wake of so many mass shootings (17 in 2019) it makes this story all the more real. I really can’t put into words how I felt, especially now that we are heading back into a new school year so I will just stand by my original review.
If there is one place in this world our children should be safe away from home, where we don’t have to worry that something horrific might happen to them, it should be school. When Quarterback Brian Marshall enters Jefferson Waller High School, aka “The Wall,” that Thursday in September, he can’t even begin to imagine the violence that will be inflicted on the people around him. Two masked gunmen manage to massacre over 40 students and staff in less than ten minutes and then disappear before police and rescue even arrive.
As Brian lies dying on the cafeteria floor, he realizes he’s lived his short life being who those around him have expected but might never get the chance to be the real him. He’s popular and smart, a great athlete and girls adore him. Too bad the only person he wishes would notice him is Senior Landon Hughes. By some miracle, though, it’s Landon who finds him in the cafeteria and he refuses to leave Brian’s side until the EMTs get there.
Landon Hughes could’ve been called a hero that day. Instead of escaping from the school something compelled him to find his friend he knew was in the cafeteria. Instead amongst the horror, he finds Brian bleeding and begging for help. Landon refuses to let Brian die and does all that he can while waiting for help. This is Brian Marshall, the boy he’s been crushing on from a distance, he can’t imagine him not making it.
In the aftermath of the tragedy, Brian and Landon form an incredible bond and become virtually inseparable. Each finds ways to cope and try to heal but it’s clear one thing helps above all, their connection. But life doesn’t just magically get back to normal. Landon is focused on change, the politics surrounding it all and gets involved in campaigning for stricter gun laws.
Brian’s PTSD is weighing him down and his fear of the gunmen coming back is tearing him apart. Until they’re caught, he can’t start to move on. It becomes his mission to find answers. Who are they and why would they do any of this?
Wow! I loved this book! Eli Eason did a great job touching on such a sensitive yet important topic in this country right now. I apologize but I’m going to get slightly personal here. I think I’ve probably alluded in the past to being a victim of a violent crime when I was younger. It’s something I’ve brought up in other reviews but never really talked about what I actually went through. I’m not going to do it now, mainly because it’s hard for me to talk about but also because this is supposed to be about Boy Shattered. However, I need to say this, Brian’s character was amazingly done. I’m saying this because, as I read his story and pictured what he was going through, I felt an undeniable connection to him. He seriously could have been me. The feelings he had in the aftermath, his fears and anxiety, I’ve felt those same things, HELL I feel them every day still. In so many ways I understood him. Especially because he went without resolution for so long.
They never caught the man who irrevocably changed my life. I still wonder who he is and where he is. Years later, I hear the sound of his gun firing at times when I least expect it and it takes everything in me to not break down. The way Eli wrote Brian’s reactions to his PTSD and the way his feelings were portrayed was done so very well. The whole thing was handled with care and thought and I truly appreciated that while I read such an intensely sensitive subject matter.
Landon’s character was amazing too. I just instantly fell in love with him and tried to imagine him in real life. He wasn’t some stereotypical 18-year-old boy, he felt real. I couldn’t stop sighing at the way he just naturally knew how to help Brian through it all. He was not only a great person but also a great friend when Brian needed it the most.
I enjoyed the side characters we meet, they fit well with how I think of high school students (some were a good thing, others not so much). Landon’s parents were amazing and I loved how they were super supportive naturally (before the shooting) and then after, as well. Brian’s parents made me angry, his father most of all (ugh, I hated him). I kind of wish we could’ve gotten more glimpses of Brian’s sister though, she seemed sweet and I imagine she would make me laugh.
Overall, I definitely would recommend Boy Shattered. It’s an intense and emotional read, angsty and sometimes violent. As a person who suffers from PTSD, I was very happy to have the trigger warnings. While the violence isn’t gratuitous it’s also not sugarcoated either. In the end, however, I think it was well done and we get a sweet YA MM Romance too.
***Copy provided to Bayou Book Junkie by Harmony Ink Press for my reading pleasure in hopes of an unbiased opinion, a review was not a requirement.***

This book was an emotional roller coaster but SO, SO good! It was heavy and heartbreaking at times but there was also light in some of the characters that brought it to another level. As the author states in the beginning of the book, this story is very reminiscent of our recent political environment and because of that, I connected to this book a lot.

The language used in the story was extremely impactful and I loved the poems that separated the sections of the book. I was about halfway into the first of five poems in the book and was already sucked into this story.

The author did a great job of keeping things interesting and keeping the reader guessing. I was sure I had the story figured out multiple times but then kept being surprised. The story was absorbing and so sad but also reassuring at times with people coming together to support each other after a tragedy. Loved this book!!

*** Copy provided to Bayou Book Junkie by Harmony Ink Press for my reading pleasure, a review wasn’t a requirement. ***