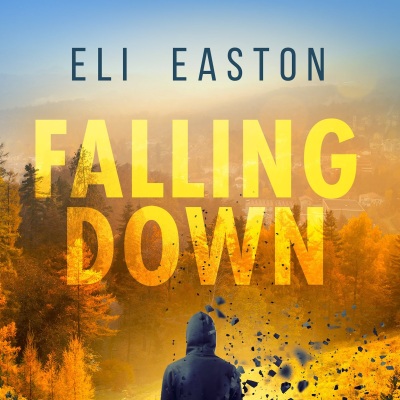 Josh finds himself homeless at 18, but he has a plan. He’ll head north on the bus to New England and spend October there for his mother’s sake. She always talked about going to see the fall leaves someday. And when the leaves are done and the harsh winter comes, Josh plans to find a place to curl up and let go. It will be a relief to finally stop fighting.

Mark spent his life trying to live up to the tough swagger of his older brothers until he pushed himself so far against his nature that he cracked. Now a former Marine, he rents a little cabin in the White Mountains of New Hampshire where he can lick his wounds and figure out what to do with the rest of his life. One thing was clear: Mark was nobody’s hero.

Fate intervenes when Josh sets up camp under a covered bridge near Mark’s cabin. Mark recognizes the dead look in the young stranger’s eyes, and he feels compelled to do something about it. When Mark offers Josh a job, he never expects that he’ll be the one to fall.

The snow is coming soon. Can Mark convince Josh that the two of them can build a life together before the flurries begin?

Josh is all alone in the world after his mom passes away and the one thing he wants is just to let go of his loneliness and stop fighting.

Mark moves to Gainsville to start his own contracting business and to escape from having to tell his family that he’s gay. Joining the Marines was also a way to do that and to make his father and brothers proud of him. He’s fighting his guilt over not being able to help one of his friends while on tour and when he sees Josh, he recognizes the same numb, dead look in him and offers Josh a job, hoping to help him get over his depression.

They build a friendship as they work and live side by side, that slowly gives way into more, but Mark is not out to his family and an unfortunate event sends Josh spiraling back into depression.

I loved both Mark and Josh and wanted to cuddle them both and make it all better for them, especially Josh. He’d gone through so much at 18, more than some people go through in their whole lives, that it was no wonder he was so numb. I loved seeing him bloom with Mark’s attention and help and how natural the progression from friends to lovers was. Their chemistry was sizzling and sweet and I just loved them together.

I haven’t listened to other books narrated by Michael Stellman, so he’s new to me and he was a delightful surprise. Perhaps there wasn’t as much ‘acting’ as with other narrators, but his voice is nice and he delivered the right amount of emotion for this book. He made Mark and Josh relatable and made me fall for them all over again. There were some minor quality issues with the audiobook that while they weren’t that much of an issue for me and didn’t affect my overall enjoyment of the audiobook, but I think should be mentioned.

I had no doubt I was going to love this book, after all, Eli Easton is one of my favorite authors, and I wasn’t disappointed. Ms. Easton crafted a heartwrenching tale that just pushed all the right buttons. It’s angsty, but not overbearingly so, it has tridimensional characters, both principal and secondary, that you can root for and love with all their virtues and flaws and it has a heartwarming epilogue. The book is not perfect, but it was amazing. Emotional, fantastically written and full of heart, this is a book I’ll most certainly read or listen to again.

Having been, at various times and under different names, a minister’s daughter, a computer programmer, a game designer, the author of paranormal mysteries, a fan fiction writer, and organic farmer, Eli has been a m/m romance author since 2013. She has over 30 books published.

Eli has loved romance since her teens and she particular admires writers who can combine literary merit, genuine humor, melting hotness, and eye-dabbing sweetness into one story. She promises to strive to achieve most of that most of the time. She currently lives on a farm in Pennsylvania with her husband, bulldogs, cows, a cat, and lots of groundhogs.

In romance, Eli is best known for her Christmas stories because she’s a total Christmas sap. These include “Blame it on the Mistletoe”, “Unwrapping Hank” and “Merry Christmas, Mr. Miggles”. Her “Howl at the Moon” series of paranormal romances featuring the town of Mad Creek and its dog shifters has been popular with readers. And her series of Amish-themed romances, Men of Lancaster County, has won genre awards.