Rhys Manson and Noah Harris have spent the past five years pretending to hate one another.
When the assignment of a lifetime finds them in close quarters for three weeks, they try their best to navigate around each other. Until by pure happenstance, they find themselves face to face and are forced to see past preconceived notions.
Rhys and Noah share a connection they never expected, but all too soon the job comes to an end and they go their separate ways.
A devastating blow puts Noah back in Rhys’s orbit. Only this time they’re surrounded by the secrets they’re both desperate to keep. They avoid one another until the feelings between them become too much to bear.
As they open up for the first time in their lives they need to decide if they’re going to keep pretending, or if they’re going to turn hate into something else.

Excerpt
I wake up just like I have been every day for the past three weeks. Pillow snug between my legs, mind disoriented for a second because I’m not home, bursting need to pee. Only it’s not the same, because my fingers are linked with someone else’s.
If I were home this wouldn’t be a big deal, Jamie and I usually find our way to each other during the night, if we didn’t start out that way in the first place.
But I’m not home, and it’s not my best friend sleeping beside me. No, it’s the man I pretend to have an issue with because it’s so much easier. So much easier than admitting that despite it being a terrible idea for many reasons, I still want him.
I don’t want to release him, how screwed up is that? But I need to pee and comb my hair. It’s one thing for Jame to see me a mess, it’s another thing for Noah fucking Harris to.
Carefully I extract my hand of his. He doesn’t even flinch so I get out of the bed for the bathroom.
Nothing but a shower and some hair products will fix this mess. Sighing, I wash my hands and head back into the main room.
Noah opens his eyes when I crawl back into bed. “Mornin’ sunshine.”
“Morning.”
“You have any plans this morning? We don’t need to be at the restaurant until eleven.”
“Well first,” he mutters, “I’m going to wake up. Then I’m going down to the front desk for a room key. Then I’m going to take a shower.”
“You’re so boring. Want breakfast?”
“What time is it?” He closes his eyes while I glance at the clock.
“Seven-thirty,” I reply.
“How are you so fucking cheery at seven in the fucking morning?” I don’t reply, just stare at him until he opens those gray eyes of his. “Oh, you’re one of those people.” He mumbles.
“One of what?”
“One of those fucking morning people.”
I smile because he reminds me so much of Jamie.
“I’m going to order breakfast. I’ll call the front desk and have them bring up a key while I’m at it.”
“I’ll just go down there, no need to go to the trouble.”
“Barefoot? I’d offer to loan my extra shoes but your mammoth feet will stretch them out. I mean if you wanna get syphilis and whatever else is roaming around those floors be my guest.”
“God, you’re dramatic.”
“So that’s a yes?”
“If it means I get to sleep longer sure.”
Leaving him to his sleeping I pick the phone up off the cradle.

About The Author:
Abrianna Denae is a twenty-two-year-old author living in Northern California. An English major, she has always had a passion for writing.
Deciding to sit down and write one of the many stories that had plagued her mind for years was the easy part—finding the time to do it was a different story.
Caffeine is her best friend, and sleep is her worst enemy.
A lover of books that make the reader feel something, she tries to incorporate as much of her real-world views and feelings into her stories as she can.
Abrianna spends way too much time on Facebook. You can find her here: http://www.facebook.com/abridenae
You can also email her: authorabridenae@gmail.com
Other books by Abrianna Denae:
Destroyed By Love Series:
Forever: mybook.to/WyattPagan
Bullets & Bloodlust Series (written with Claire Marta):
Bloody Ties: mybook.to/Bloody
Stories Series:
A Love Story: mybook.to/ALoveStory
Hosted by Real Talk Book Talk 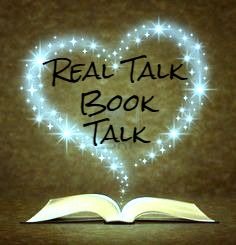 One thought on “Cover Reveal: A Hate Story by Abrianna Denae (Excerpt+Teasers)”